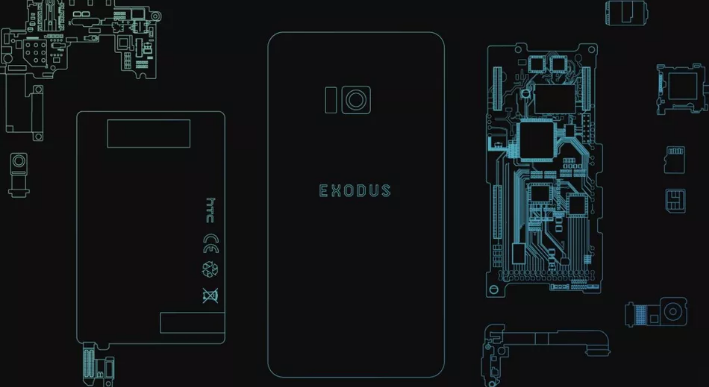 The world has gotten a few more details on the recently unveiled HTC Exodus, the first “blockchain phone” announced by a major manufacturer. It will cost in the neighborhood of $1,000 (like its upcoming competitor, Sirin Labs’ Finney), with a real price announcement by the end of August, and will ship by the end of the year.

That’s straight from HTC’s Phil Chen in an interview with The Verge. As with the Finney, you can reserve the Exodus online.

Blockchain is the security technology underlying cryptocurrencies such as Bitcoin and Ethereum. The goal of Exodus is to let you keep data — and blockchain currencies — private and secure on the device rather than in the cloud.

If privacy and data security matter to you, $1,000 isn’t really that much to pay, especially in the breachfest era; people pay that much for just for speed and a pretty screen in flagship phones such as the Galaxy S9, LG G7 and iPhone X. On the other hand, given HTC’s current financial woes, you may not want to sink the money into it.

While we don’t yet have specs, chances are it will have the most powerful insides possible. Chen said there’ll be a model by the end of the year with a cryptocurrency wallet and hopes to find an “efficient way to mine currency on mobile.” That takes some pretty hefty computing, especially from the graphics processor. You won’t be able to cram as much power into it as, say, Asus’ 20 GPU mining-focused motherboard, but maybe it can be featured in Crypto.