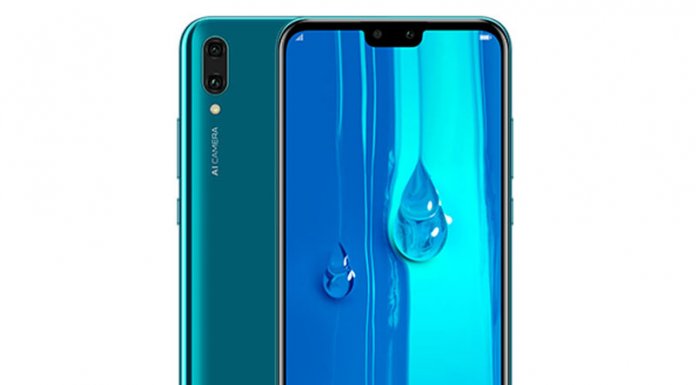 The latest model of the Huawei Smartphones called Y9 2019, which is already available in Nigeria and other parts of the world, has continued to excite Nigerian customers who see it as a sleek, light wight smartphone with broad screen that allows for fuller view of images and texts.

Shipped into the country in January 2019, the smartphone comes with dual SIM card slots, including a microSD card slot for additional memory capacity to accommodate heavy downloads of photos and videos.

The dual SIM slot was specifically built to address customers’ demand in Nigeria and Africa, where most of the subscribers prefer to operate with dual SIMs from different telecoms service providers.

One of the latest customers to Huawei brand of smartphones in Lagos, Nigeria, Mr. Jacob Adebayo, described Huawei Y9 2019 as rugged that could withstand pressure and shock when dropped from a distant height.

The battery, which is long-lasting, enables users to make maximum use of the phone all through the day without battery drainage. Experience has also shown that minimal usage of the phone could retain its battery for more than 36 hours talk time.

Dubbed the Huawei Y9 (2019), the smartphone was launched in China back in October 2018 and is the successor to the Y9 (2018). The latest smartphone from the Chinese smartphone giant, which overtook other smartphone brands to become the world’s second largest manufacturer in 2018, features AI-enhanced cameras, a notched display, dual rear and front cameras, and Android 8.1 Oreo out-of-the-box.

Priced at N76,900 in the Nigerian market, the lone variant of the Huawei Y9 (2019) with 4GB of RAM and 64GB of internal storage, commenced sale exclusively via Amazon India from 15th January 2019.

The Huawei Y9 (2019) fits comfortably in the palm of the hand and feels chunky and solid. The plastic back has a high-gloss finish in a bid to imitate glass. It looks sleek and stylish but gets smudged very easily. A case is recommended to enhance grip, as the phone comes very slippery.

There are two colour variants on offer — Midnight Black and Sapphire Blue. The vertically oriented dual-camera module is located in the upper right corner of the smartphone, with the words AI camera emblazoned underneath it. There’s also a centrally located fingerprint sensor and a Huawei logo on the bottom right. The power button and volume rocker are placed on the right edge of the phone, and the left side houses the SIM tray, which has separate slots for two Nano SIMs and a microSD card.

Up front, there is a 6.5-inch full-HD+ display, with a 1500:1 contrast ratio, and a pixel density of 397ppi. The notch has become the new normal in smartphone design and the Huawei Y9 (2019) also embraces the design trend. The dual cameras are housed within the sizeable notch, which can be be masked via the settings.

The display seemed to have adequate brightness, good viewing angles, and punchy colours. Huawei offers two colour modes for the display — Normal and Vivid — and users can also calibrate the colour temperature according to their own preferences. There’s also an Eye Comfort Mode which reduces harmful blue light. A detailed analysis of the display will have to wait till we conduct our full review.

Huawei has retained the legacy 3.5mm headphone jack. It still uses the old Micro-USB standard for charging and data transfer.

The Huawei Y9 (2019) runs Honor’s EMUI 8.2 skin atop Android 8.1 Oreo. EMUI is smooth and fluid, but the software experience is let down by the sizeable amount of clutter and bloat.

There is a dedicated night mode as well which allows you to tweak the exposure and ISO. Huawei’s flagships are known for their camera quality, and it is expected that the Huawei Y9 will maintain high quality images.