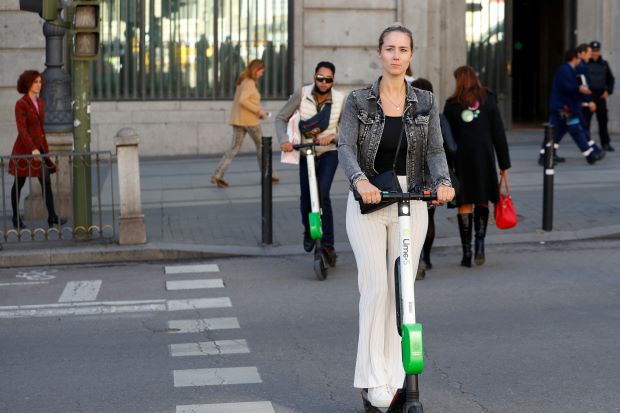 Madrid’s government banned electric scooters from sidewalks on Oct 24 to both remove a threat to pedestrians and help regulate alternative transport technologies that have become more popular amid efforts to cut air pollution.

The new law echoes a regulation in France after companies such as Lime flooded European cities with thousands of e-scooters in recent months amid surging demand.

Madrid has been struggling to reduce one of Europe’s highest levels of air pollution, which exceeded limits for every month in 2017, however, the sudden rise in use of the skateboard-like scooters has raised concern over their danger to pedestrians.

The measures are an attempt to regulate public and private transport, bicycles, private vehicles, and electric scooters, all of which will be forced to share Madrid streets at a maximum speed of 30 kilometres per hour (18 mph).

“They going to need good insurance,” he said, adding the move was dangerous for car and scooter users alike. He said the Madrid government would have to rethink the measure “once someone gets killed, by accident, on the road”. – Reuters