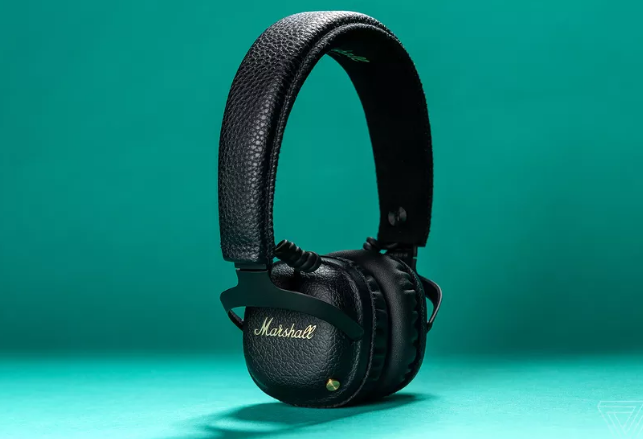 In today’s digital age, it sometimes feels like hardware has taken a back seat to the software that drives out devices. Button of the Month is a monthly look at what some of those buttons and switches are like on devices old and new, and it aims to appreciate how we interact with our devices on a physical, tactile level.

There are many solutions for controlling music on a phone with your headphones. Conventional wisdom has long produced in-line remotes, traditionally on the right wire of the headphones, to provide some sort of control — be that a single button for toggling play / pause or a more advanced three-button setup that adds volume control and even a microphone. Apple once tried to make an iPod Shuffle entirely based on headphone controls, but it gave up on that pretty quickly.

But what do we do now that our headphones don’t have wires anymore? You can add complicated button arrays or dials, but those are hard to use when you can’t see them (like, say, the ring of buttons on the KitSound Arena). You can add touch controls, leaving users at the mercy of missed swipes and accidental taps. (I regularly accidentally dial friends because B&O Play decided that a “double tap to redial your last called number” function was a good idea.)

Or you can do what Marshall did: add a brass joystick, found on its MID and almost all of the company’s other wireless headphones, that remains perhaps the simplest and most elegant solution to controlling music without a wire.

Positioned on the left headphone can, the joystick is as simple as can be: click it in to play / pause your music (or answer an incoming call); tilt it up to raise the volume; tilt it down to lower it; press forward, and you’ll advance to the next track; and press back for the previous track. It’s intuitive, simple, and basically foolproof. As long as you know which way you’re facing, you can control every aspect of your music listening experience without ever looking at your phone.

More importantly, Marshall has done a great job with the actual hardware of the button. The solid brass is sturdy and lightly etched so it’s easy to grip with your thumb. Pressing or tilting it results in a magnificent, satisfying click every time. There are no accidental gestures here; you’ll know for sure when you move or click the Marshall joystick.

Controlling wireless headphones is only going to become more problematic as our earbuds get smaller with the ever-growing crop of truly wireless headphones. And while there’s always going to be some allure to a high-tech solution like a touchpad, Marshall’s old-school joystick is a good reminder that fancier doesn’t always mean better.