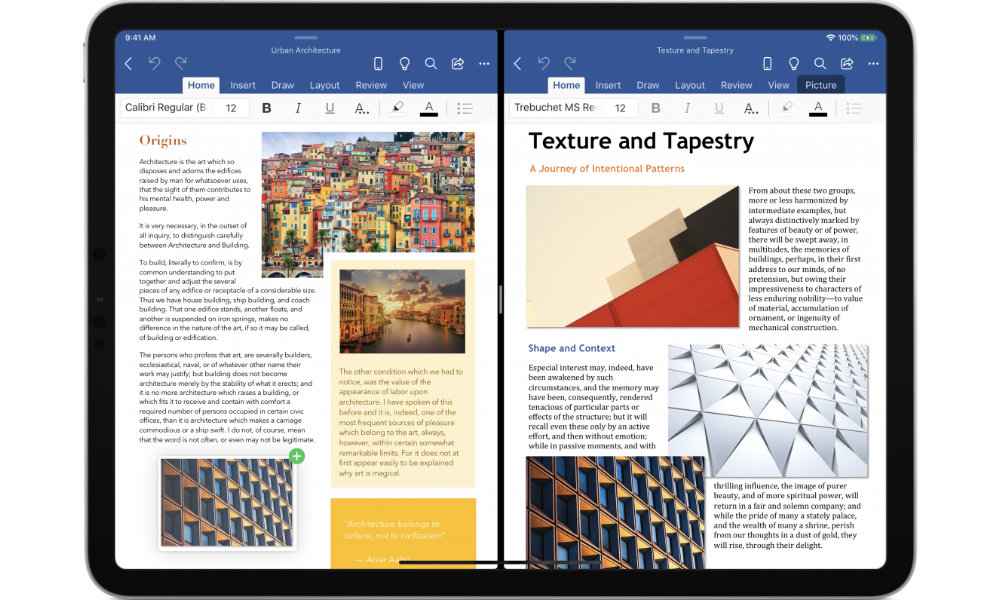 Microsoft has finally optimized its Office app for the iPad and its tablet UI. Up until now iPads got iPhone app that ran windowed, not making use of its enhanced multitasking features, such as split screen.

Now iPad users will be able to create PDFs, sign documents, convert images into text or a table. Microsoft recently added mouse and trackpad support for Word and Excel for the iPad. All of these updates make the iPad a viable option for those that want to use it instead of a laptop.