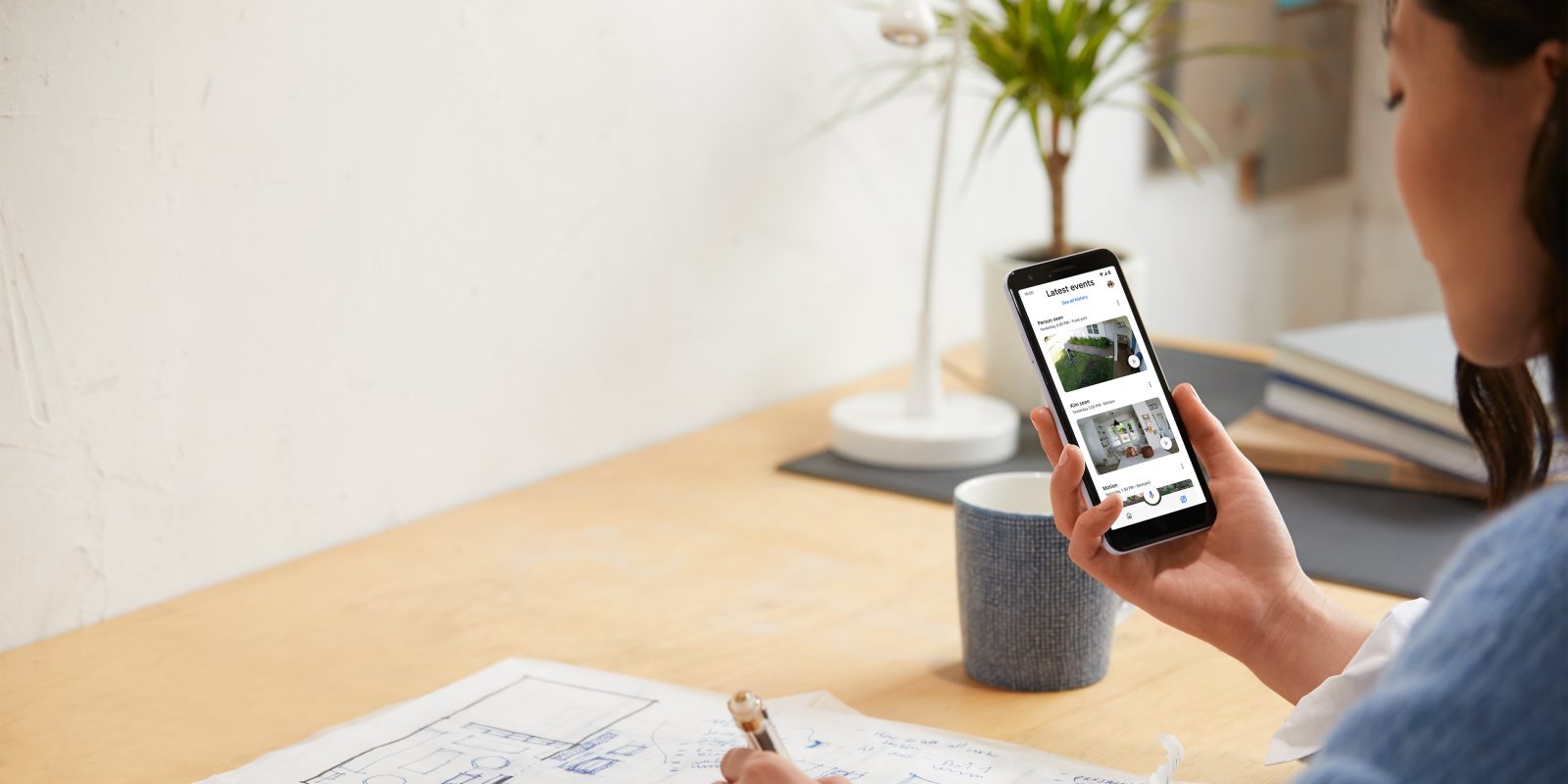 At this month’s hardware event, a revamp of the Google Home app was unveiled alongside the Nest Mini, Wifi, and new Aware subscription. Featuring a consolidated look and more functionality, this redesign is coming to iOS “over the next few days” and already rolling out on Android.

The new Google Home app features a much simpler and cleaner design. Instead of four tabs, there are now only two centrals parts of the companion client for managing your Assistant home. The Home tab is more or less the same and shows fast shortcuts for turning off lights, calling Home, starting routines, and more above.

There’s a new Media button that lists all active audio or video with redesigned controls through a new card-based interface. Each sheet notes the responsible app and features the usual controls. Cover art and song details are noted with a blurred background and quick button to stop. There are also controls for volume and syncing audio to other devices, which is part of Stream transfer.

Underneath is the same list of rooms and all Assistant devices, including the Nest Wifi coming next week. You can see all the devices on your network, run speed tests, and more, just like the full standalone Google Wifi app.

In the top-right corner is your profile image — with Google One ring if you’re a member — that replaces the Account tab. A plus icon on the other side lets you add new devices.

The marquee feature of the new Google Home app is the Feed tab that contains “Your home recap.” It “highlights important events in your home,” like notifications and security alerts. It will show video or audio clips, as well as suggestions like creating a guest Wi-Fi network. Sections include Discover (for device tips) and “Priority events.”

There’s also a “Home history” feature accessible from the Settings shortcut at the very bottom of preferences. Once populated, it lets you filter what happened in the past by device or alert.

Despite the “next few days” guidance on the App Store release notes, it’s already live on my iPhone after closing the app in multitasking and relaunching. There are also reports of the new Google Home app appearing on Android via a server-side update. While not widely rolled out as on iOS, both are coming before the “early next year” timeline for the Feed provided at the October 15th event.

Apple iOS 13.2 Release: Should You Upgrade?