Iran plans to become a leading country in AI

How McKinsey Lost Its Way in South Africa - a special report 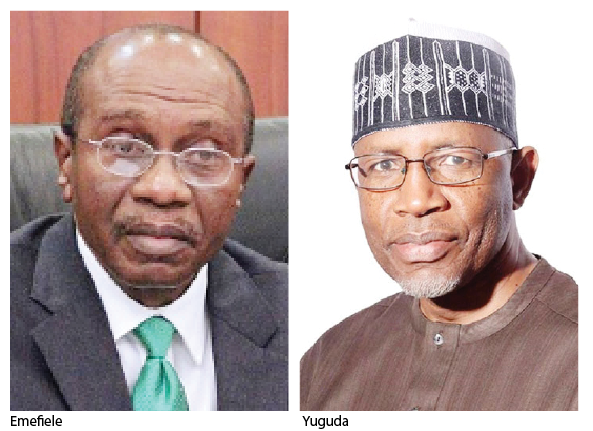 After nearly a decade of innovation that wowed the world and attracted millions of dollars in venture capital, Nigeria’s financial technology (Fintech) sector is facing a hostile pushback from traditional banks and regulators.

Today, Fintechs enable thousands of consumers get easy access to cheap loans. But they have also helped customers perform other roles monopolised by traditional banks such as deposits, withdrawals and receipt of remittances.

That is not all. What appears to have gotten Fintechs into hot water with banks and regulatory institutions, however, is the aggressive innovation that has stood them out. They have also developed software that solves everyday financial problems, such as purchase of stocks and assets.

Of particular interest is the development of application protocol interfaces (APIs) linked to back-ends of financial institutions and mobile network operators (MNOs) for seamless transactions.

Now, traditional banking service providers are looking like poor, stranded cousins of the Fintechs, and that is stirring up fear and discontent.

In Nigeria, there are over 250 estimated Fintech startups. Nigeria is among the top three startups market in Africa with its Fintechs contributing more than 17 per cent of the over $1 billion funds raised by African startups in 2020.
In the first quarter of 2021, eleven Nigerian Fintechs attracted $216.6 million (N88.5 billion) to scale up their solutions and deepen the financial inclusion strategy of the Central Bank of Nigeria (CBN).

Meanwhile, Nigerian banks have long perceived Fintechs as a threat. They fear that the capacity of the startups to disrupt, remove bottlenecks and offer easy-to-access financial services through mobile technology could undermine thousands, if not millions, of their customers – and their bottom line.

Some of the Fintechs referred to as “challenger banks”, offer almost everything that banks offer except the ones CBN’s restriction places on them.

Nigerian banks loathe funding Fintech startups, making them look abroad for funding to scale up their innovations. In other climes, financial institutions such as Citigroup, Softbank of Japan, Barclays Bank, UniCredit SpA, ABN AMRO Bank NV and Groupe BPCE have participated in a variety of venture and growth funding rounds for Fintechs.

Former president of the Fintech Association of Nigeria and former banker, Mr. Segun Aina, told LEADERSHIP Sunday that banks resent the global attention that Nigerian Fintechs are getting, adding that “collaboration is the only way forward.”

Since the beginning of 2021, Nigerian Fintechs have found themselves in the crosshairs of regulatory authorities. What started with circulars and directives from the CBN aimed at protecting Nigerians from trading in the unregulated cryptocurrencies’ market, appears to have devolved into a deliberate attempt to muzzle the exponential growth of the Fintech segment.

The SEC stated that only foreign securities listed on any Exchange registered in Nigeria may be issued, sold or offered for sale or subscription to the Nigerian public.

The following day, the CBN barred non-banking institutions in Nigeria from using Bank Verification Number (BVN) validation of their customers. Before now, the CBN AML/CFT Regulation 2018, allowed banks and other companies (Fintechs) to do BVN validation as a form of identification for users who wanted to open an account.

The Nigerian Interbank Settlement System (NIBSS) had in a document entitled, “Approved Standard Operating Guidelines (SOG) for BVN Matching System,” dated March 29, 2021, listed the operators to have access to BVN.
The spokesperson of NIBSS, Lilian Phido, told LEADERSHIP Sunday by phone that its directive to banks was not to deny third parties from accessing BVN data outright.

“The letter was a reminder that banks should ensure that they follow due protocol in granting access to data,” she said.

Speaking on the directive of SEC, the co-founder of Flutterwave and founder of Future Africa, Iyinoluwa Aboyeji, urged SEC to review its decision.

He said, “We have not been able to have an engagement with the regulators but we are in the process of making this possible. We have built a platform, a policy advocacy initiative which will be a front to engage with regulators.”

He also urged consumers to take greater responsibility for the protection of their identity.

Following policies from regulators which Fintech operators say are detrimental to their operations, some of them have come together to launch a policy advocacy group, Advocacy for Policy and Innovation (API).

API is a social enterprise that supports technology enabled entrepreneurs, investors and other critical stakeholders to gain and maintain awareness and understanding of proposed policies and laws that may affect their operations in Nigeria.

The executive director of API, Victoria Manya, explained to Sunday LEADERSHIP that she hoped the platform would deepen engagement.

“We intend to make it easier for public-private partnerships to guide the shaping of Nigeria’s digital economy. We can only achieve this by engaging with the relevant audiences, maximizing stakeholder feedback, bridging policy asymmetries and transmitting valuable intelligence,” she said.

The War within
Some industry players have suggested that banks are uneasy about the growing influence of Fintechs and could be piling on pressure on CBN Governor Godwin Emefiele, a former commercial banker, to slow the startups.

Unlike the banks, the Fintechs are not charging any additional fees for USSD services. Fintechs have declared huge profits and seen their fortunes grow, especially during the COVID-19 pandemic.

In a Twitter thread, the chief executive and co-founder of Softcom, Yomi Adedeji, urged regulators not to stifle innovation, saying, “It pays Nigeria and Nigerians to have global listings on its stock exchange to reduce capital export and enable more naira trading.”

A Nigerian independent filmmaker, Imoh Umoren, wrote on his Twitter handle, “Anytime these Fintechs announce new strides, I just know the CBN will come up with a way to frustrate them. CBN may be one major reason for our lack of progress in this country even more than any corrupt government or NNPC.”

The chief executive officer of Sofunix Investment and Communications, Sola Oni, urged SEC to be proactive. “The Commission should be ahead of any form of new investment model as the youths are leveraging their digital knowledge to penetrate anywhere.”

Reacting to CBN’s curb on crypto trading, Vice President Yemi Osinbajo on Friday, February 26, 2021, during a presentation at the Bankers’ Committee Conference, suggested that the CBN may be acting in fear rather than knowledge in putting prohibitions on financial services to the market.

According to him, the most sensible approach to the market is a robust regulation since it is impossible to enforce a total ban.

“Crypto currencies in the coming years will challenge traditional banking, including reserve banking, in ways that we cannot yet imagine, so we need to be prepared for that seismic shift,” Osinbajo said in a video posted on his official Twitter handle.

Out of 74 countries in the Statista Global Consumer Survey, Nigerians were the most likely to say they used or owned cryptocurrency. The greater activity is driven by millennials, most of whom are hedging against intractable currency fluctuations and hyperinflation. There are more than 20 cryptocurrency exchanges in Nigeria employing young Nigerians. Some of the exchanges are founded and run 100 percent by young Nigerians.

Though the CBN issued a regulatory framework in January to promote the design and delivery of payment services, the bank’s recent actions have created anxiety and signaled mixed messages.

Why You Should Never Use Google Chrome On Your iPhone, iPad Or Mac