Pimax Portal is a handheld, VR, and mobile Android system to compete in all markets
Advertisement 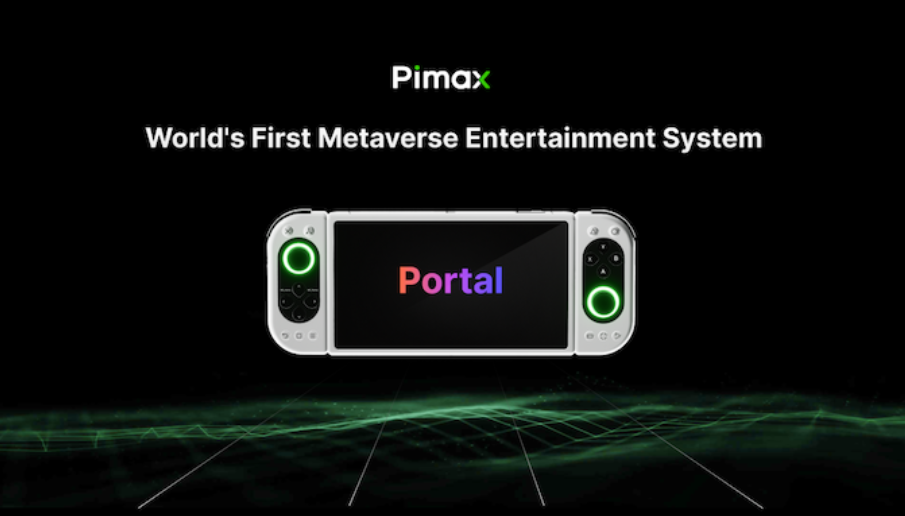 Pimax Technology started in 2015 to create virtual reality headsets for consumers, employing the highest quality of immersion and imagery in a premium VR system. Now, the company is crowdfunding the Pimax Portal, a unique, multifaceted approach that offers a lot for several types of gamers.

Previously, Pimax focused on 8K to 12K resolution VR headsets, offering customers virtual reality at a premium cost. The new Pimax Portal is a unique beast for the company and offers several different gaming modes to compete with Meta, Logitech, and Nintendo.

Pimax shows gamers using the system in handheld mode, like the Nintendo Switch, Logitech G, Steam Deck, and more, in the pictures provided on the Kickstarter page. Another image shows a user using the system in a standalone VR mode (minus the VR controls). The third shows the handheld again, but with a wireless satellite to utilize the PC gaming aspect of the system, and the last image shows a user aiming a gaming gun (quite realistically looking) to be able to play on the television. This system is quite a handful at such a small size.

The monitor on the Pimax Portal is a 144 Hz QLED/Mini LED/HDR 8.8-inch screen. Screen resolution can be set to 3840 x 2160 pixels in a 4K Ultra HD TV. The Pimax Portal uses the Snapdragon Qualcomm XR2 + AMD Mini Station processor/graphics. The complete total of physical buttons on the primary system is 32, with another eight virtual buttons. The design reminds users of the Nintendo Switch line, with a more significant difference with the side controllers. Instead of sliding into place, the controllers are attached magnetically to the system. Users can also map every key, which is a massive benefit. The MTP latency is less than 20ms. There is also a touch screen for onscreen control.

In VR mode, the field of view (FOV) offers two configurations — 2PPD with 100° FOV or 40PPD with 60° FOV. The battery life is 10000 mAh. The system supports 5G and Wifi 6E wireless connectivity and charging via an additional dock accessory. Another interesting advertising promotion by Pimax is the ability to “Professional Virtual Fitness and AI Coach.” From the video, the AI assistant for exercise is limited to a monitor or television screen but will provide “VR fitness content.”

There are several options available for add-ons on the Pimax Portal Kickstarter page:

For distributors, they do have both the handheld and VR option available, and for users looking for even greater virtual reality, they are bundling the handheld with their $1,599 Crystal VR headset, which offers a 160Hz refresh rate, low latency, and is in direct competition with Meta’s newest headset, once it releases.