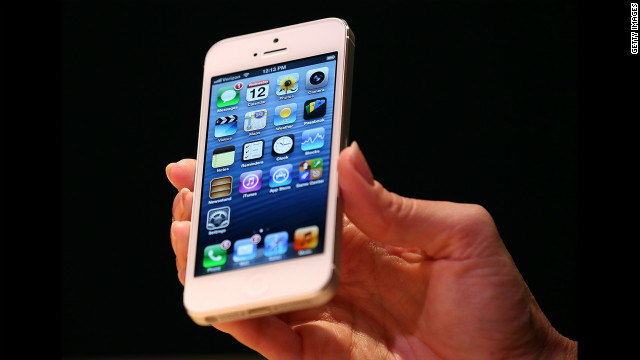 Apple will unveil the latest version of its iPhone on September 10, according to a new report.

The news comes from All Things D, the Wall Street Journal-affiliated tech blog that has a solid track record for reporting inside Apple information.

Apple is believed to be working on a smartwatch and a TV, but neither of those products are expected to be ready for rollout at next month’s event. Apple did not immediately respond to a request for comment.

Likely to be called either the iPhone 6 or iPhone 5S, the phone’s release date would fit the schedule Apple has established since the first iPhone was released in 2007.

The company has released a new iPhone model every year, and the release dates have all been in the summer or fall. The iPhone 5 came out in September 2012, the iPhone 4S in October 2011, and the three versions before that in the summer months.

The release date is the most recent, and probably one of the most accurate, rumors that precede this Apple release.

The upcoming Apple event will come at a unique time for the tech giant, which has dominated the smartphone and tablet markets for almost as long as they have existed. Android-based phones like Samsung’s Galaxy S4 have put a dent in iPhone sales, while some critics have said the latest updates to the iPhone and iPad lack significant innovation.

READ: How Samsung is out-innovating Apple

Here’s a roundup of some of the speculation swirling around the next iPhone. As always with such things, take it all with a grain of salt. Leaks along Apple’s supply line have become more frequent, but that doesn’t mean all of them turn out to be accurate.

–The new phone will likely be the iPhone 5S and keep the same design as the current iPhone 5. The iPhone 4 was followed by the 4S, which maintained the same form.

–The company will also roll out a cheaper version of the iPhone, largely for sale in emerging markets. Reuters reported that it will cost $99 and come in five or six different colors. It may or may not be called the iPhone 5C. Apple Senior Vice President Phil Schiller has tossed cold water on this idea, though Apple is known for misdirection in advance of new product releases.

–Since there will be a cheaper iPhone, Apple will discontinue production of older models.

–There will be at least one larger iPhone model, with a 4.7-inch screen, a 5.7-inch screen, or both to compete with big-screen rivals from Samsung, HTC and other makers.

–The new phone will have a fingerprint scanner for added security and other uses.

–As usual, it will have a faster processor, longer battery life, and an improved camera. Not much of a stretch there — all of these upgrades are typical of any gadget update.

Again, it remains to be seen which of these rumors and reports pan out. And Apple can be counted on for at least a few surprises.

The 2 Easy Ways to Make Your PC Run Like New