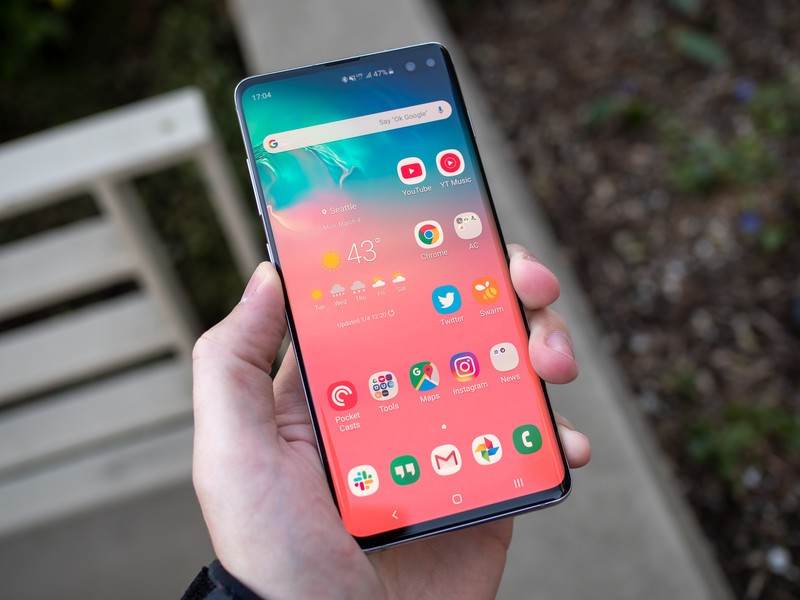 The first Galaxy S11 renders came out this weekend, so it’s probably time for a Galaxy S11 rumor roundup. Like last year, we’re expecting three versions of the S11: the normal S11 and S11+ along with a cheaper, smaller model, the S11e.

First up: the renders. As usual with early phone renders, these are not official renders from the company but are instead from leaker OnLeaks. OnLeaks is a reliable source for leaks; he pumps out phone renders based on CAD drawings and most recently has nailed early previews for the Pixel 4, OnePlus 7 Pro, and Galaxy S10.

The front of the Galaxy S11 looks like you’d expect from a Samsung phone. The S11 sticks very close to the Galaxy Note 10, with a centered punch out for the front camera, minimal bezels all around, and curves display sides on the long edges. Just like on the Note 10, the Bixby button is dead, leaving only power and volume on the right side. Also like the Note 10, the bottom edge has only a USB-C port and a speaker—the headphone jack is dead.

The much bigger phone sizes should lead to bigger batteries, and Samsung is going to need them this year, as the report says “all the three models are expected to come with both 4G and 5G connectivity.” This will be the first time all three S phones have come with 5G. The S10e, S10, and S10+ were 4G only, with a monstrous “Galaxy S10 5G” version existing as an even bigger size tier than the S10+. It was an S10++. Come to think of it, with the S11 being the size of an S10+, maybe Samsung’s plan this year is to bump each S11 model up a size and kill the smallest phone, the Galaxy S10e.JUMP TO ENDPAGE 1 OF 2

Samsung has gone with the new industry trend of putting a big camera block housing all the sensors on the back of the phone. OnLeaks and 91Mobiles have a whopping five sensors on the back of the base model S10. The report says, “While we know three of these will be the regular cameras and one should be the 3D ToF sensor, the purpose of the last sensor is not yet known.” The telephoto is a 5x optical zoom, according to the report. According to another plugged-in Samsung leaker, IceUniverse on Twitter, the bottom right circle in the camera block is a laser auto-focus module.

The Samsung Galaxy S10 5G is the US’ first 5G phoneIceUniverse earlier this month claimed that the S11 has a “high probability” of using a new 108MP sensor for the main camera. Over at XDA Developers, Max Weinbach tore down the latest S10 camera app and found support for a new resolution: 12,000 by 9,000 pixels, which would perfectly match the output from a 108MP sensor. As Weinbach notes, don’t expect to get full 108MP images from the camera. Like we’ve seen Xiaomi do with its 108MP sensors, expect Samsung’s software to fuse surrounding pixels together for improved low-light photography, with an output of around 12MP. One spot this 108MP sensor will be put to use will apparently be in the video mode. In a second report, XDA found support for [email protected] video along with [email protected] video.

High-speed displays are the big new trend in smartphones, and Samsung has been supplying these high refresh rate display panels to everyone while simultaneously neglecting to put them in its own smartphones. That’s apparently going to change with the S11, though. IceUniverse posted screenshots of a 120Hz mode in Samsung’s Android build, which would make the display even faster than the 90Hz displays in the OnePlus 7s and the Pixel 4. The only other phones we’ve seen ship displays this fast have been Asus ROG Phone 2 and the Razer Phone 2, though the latter uses an LCD.

The SoC will be the latest and greatest out there, of course. In some markets, this will be the Samsung Exynos 990 SoC; in others, it will be the Qualcomm Snapdragon 865, which we’ll get a lot more information on next week, when Qualcomm holds its Snapdragon Tech Summit 2019. The Galaxy S10 launched February 20, so expect an S11 launch around then. There will probably be a lot more leaks between now and then, though.

Microsoft is reportedly working on 2 new Xbox consoles for 2020, and one of them won’t have a disc drive (MSFT)