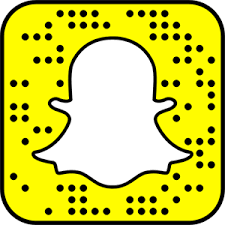 On Snap’s first earnings call as a public company Wednesday, Wall Street had a particularly burning question for Snapchat founder Evan Spiegel: “Does Facebook scare you?” asked Richard Greenfield, an analyst at BTIG.

Following an earnings report that came in below analysts’ expectations on sales, profit and user growth—prompting Snap stock to plummet nearly 25% after-hours towards its IPO price of $17—26-year-old CEO Spiegel laughed at the question.

Greenfield had prefaced his query by noting that Facebook (FB, -0.17%) CEO Mark Zuckerberg had announced a new camera feature with augmented reality last month, positioning the social media company in direct competition with Snapchat, which describes itself as a camera company.

“At the end of the day, just because Yahoo has a search box, it doesn’t mean they’re Google,” Spiegel said.

Spiegel also suggested that Facebook was imitating Snap (SNAP, -21.67%), and he expected other companies to do the same, interpreting it as a form of flattery. “If you want to be a creative company, you’ve got to get comfortable with and basically enjoy the fact that people are going to copy your products if you make great stuff,” he said. “Now I think with Snap, we believe that everyone’s going to develop a camera strategy.”

Still, for a company that touts cameras as a core part of its business, Snap’s single hardware product, Snapchat Spectacles, accounts for a tiny part of its sales. Of Snap’s $150 million in revenue in the first quarter of 2017, only $8 million, or 5%, came from the picture-taking glasses, the company said on the earnings call. In the final quarter of 2016, when Snap began selling them, Spectacles made up $4.5 million of the company’s $166 million in revenue.