Study: These Are The Best Android Antivirus for Home and Business Use
Advertisement

Most people tend to think that antivirus software is only going to be useful if you were using a PC or something similar, but with all of that having been said and out of the way it is important to note that you would need this kind software on Android phones as well due to the reason that they tend to suffer from cyber attacks on a regular basis too. Figuring out what the best software is can be rather tricky, but AV-TEST has released a list of the top software that can be used to prevent viruses from having too much of an impact on your device.

This software was rated in three separate categories on scales of 1-6. These categories were protection, performance and usability. The highest possible score that any software would be able to obtain here would be 18, and the lowest would be 3 although all of the software on this list scored double digits except for Google’s Play Protect which scored an embarrassingly low total of 6.

Six antivirus software managed to attain the top score of 18 when it came to home use. These were Bitdefender, ESET, G Data, Kaspersky, McAfee and NortonLifeLock. Any of these antiviruses are going to be great to make sure that you can use your Android device safely at home. 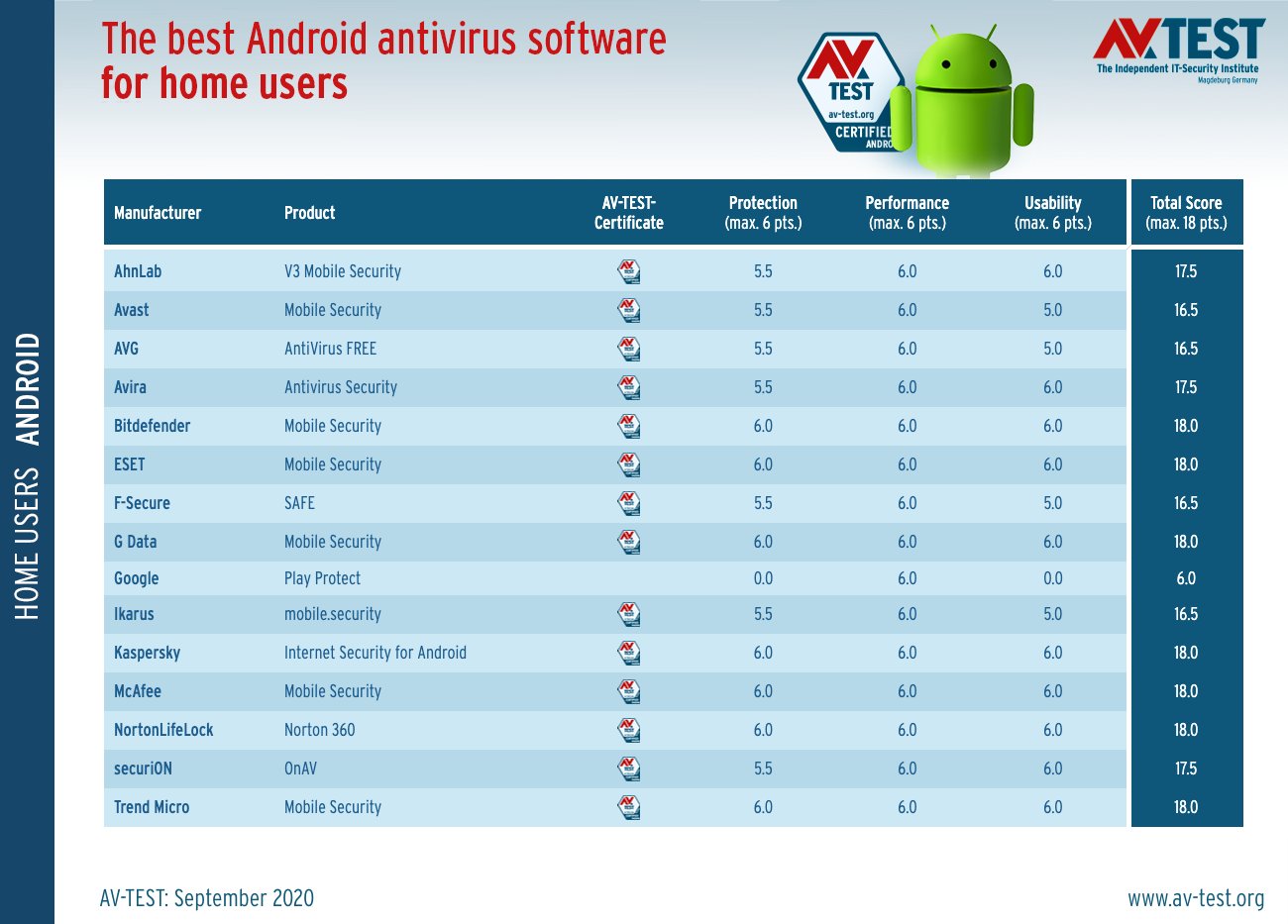 Things are a little different when it comes to business usage. This is because of the fact that businesses tend to be more likely to experience some kind of a cyber attack, which makes it all the more important for them to find an antivirus that can protect them without a shadow of a doubt.

The list for business users is quite short with only four programs being added. Google’s Play Protect once again got a laughably low score of 9 out of 18, notably getting 0 out of 6 in the protection category, whereas the other three programs got perfect scores of 18. ESET, Sophos and Symantec were the manufacturers that managed to score 18, and the great performance of the antivirus each of these manufacturers create can help the average business owner enjoy a lot of peace of mind all in all.

Choosing the right antivirus software is essential if you want to make sure that you would be able to surf the net without any malicious actors causing you any kinds of problems along the way.