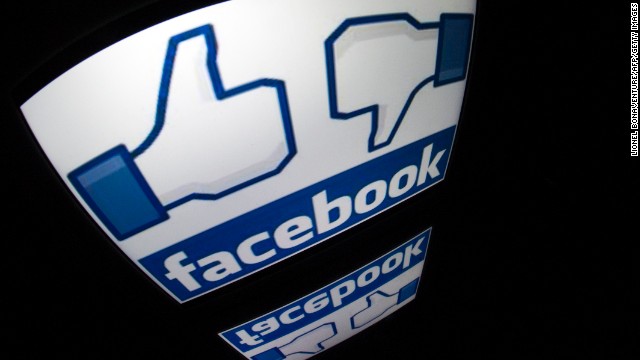 A new survey suggests some U.S. teens may be losing interest in Facebook, although they remain active on the site.

(CNN) — There’s fresh evidence that American teenagers may be growing weary of Facebook.

They don’t like the fact that their parents, grandparents and other adults are also there, diluting Facebook’s “cool” factor. They complain about their friends’ oversharing, and about too much “drama” on the site. And they’re increasingly flocking to other social platforms, such as Twitter.

These are some of the findings of a new Pew Research Center survey of U.S. teens’ social media use. Released Tuesday, the survey finds that teens are sharing more personal information on social media, but are also taking a variety of steps to manage their privacy online.

But it was the Facebook stuff that generated the most headlines. According to Pew, focus-group discussions with teens revealed “waning enthusiasm” for Facebook for the reasons cited, including feeling “drained by the ‘drama’ that they described as happening frequently” on the site.

“The stress of needing to manage their reputation on Facebook also contributes to the lack of enthusiasm,” the survey said.

The Pew survey found that 24% of online teens now use Twitter, up from 16% in 2011. Other social platforms such as Tumblr, Instagram (which is owned by Facebook), YouTube and Snapchat also have seen big growth among young users in the past year.

“Those teens who used sites like Twitter and Instagram reported feeling like they could better express themselves on these platforms, where they felt freed from the social expectations and constraints of Facebook,” the Pew survey said. “Nevertheless, the site is still where a large amount of socializing takes place, and teens feel they need to stay on Facebook in order to not miss out.”

Facebook has 1.1 billion users worldwide and remains the most popular social network among U.S. teens.

A Facebook spokesperson declined to comment specifically Wednesday on the Pew report but pointed to statements by CFO David Ebersman in a recent conference call about quarterly earnings, in which he emphasized Facebook’s popularity among users under 25.

“We continue to have really high penetration rates among that age group, both in the U.S. and globally, and … younger users remain among the most active and engaged users,” Ebersman said. “Younger users are extremely active users of Instagram as well.”

Facebook executives maintain that teen use of their social network has remained steady. They argue that Facebook is not losing users to other platforms — instead, they say, more users are visiting other social media sites in addition to Facebook.

“The urban legend (that Facebook is losing younger users) flows more often than not from surveys people have done of younger users that indicate that they’re using other social services … much of the concern stems from the assumption that this is a zero-sum game, and that’s not how we see it,” Ebersman said. “We think the overall amount of time spent on services that enable you to connect and share is growing and will continue to grow.”

“Facebook’s attraction to youth is based in part on being connected, but also on being an ‘ingroup’ and ‘cool’ thing. To the degree that the cool of Facebook wears off, we should see some migration of teens to other platforms,” he said.

“People are unlikely to fully leave Facebook but simply to diversify their tools for accomplishing social interaction. Instead of Facebook being the Walmart of social media, it will become just one platform in a big ecology, including photo sharing with Instragram, broadcasting with Twitter, etc.”

Pew’s findings are based on a nationally representative phone survey, run by its Internet & American Life Project, of 802 teens ages 12-17. It was conducted between July 26 and September 30, 2012. Pew also conducted two online focus groups of teenagers ages 12-17 in June 2012.

Pew found that the typical (median) teen Facebook user has 300 friends, while the typical teen Twitter user has 79 followers.