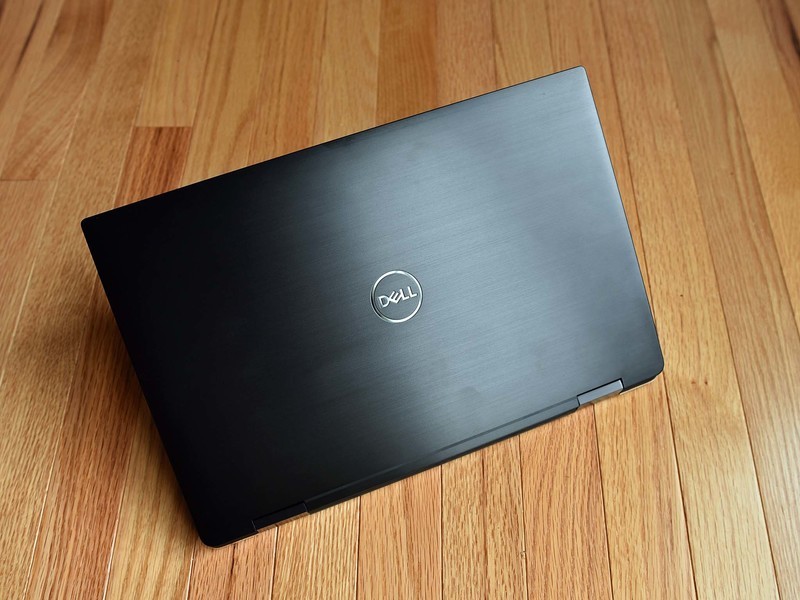 The XPS 15 2-in-1 9575 (see our full review) is one of the more fascinating laptops to be released this year. Taking the performance of the original XPS 15 (9560) and merging it with a 2-in-1 form factor yields a PC with more functionality but retains that 4K InfinityEdge display.

Tricky to order, but a gorgeous conversion

As mentioned in our review Dell has an all-black version of the 9575, but you can only order it online and one configuration. That setup brings the powerful Core i7-8705G with AMD Radeon graphics, 16GB of DDR4 RAM, and the striking 4K Ultra HD (3840 x 2160) InfinityEdge Anti-Reflective touch display. You still do get a choice for storage which runs from 256GB to 2TB options.

Choosing brushed onyx under the configuration versus the standard and familiar silver will tack on another $50 and a few days for manufacturing, but if you want something different, it’s worth it.

The onyx color scheme involves three components including the top and bottom metal covers and the hinges, which go from silver to black to match. Its only on the sides can you see a sliver of silver, which gives a subtle dual-tone look.

Even the embossed Dell logo is now shiny black giving a muted appearance except when it catches some light to reflect. More details are found in the all-black hex screws on the bottom versus the matching silver ones found in the original color scheme. As the name implies, the metal used is brushed versus the standard flat silver design giving the 9575 some texture. Being black, it also shows oils more than the silver, so you will need to wipe it down to keep it pristine occasionally.

Opening the onyx laptop reveals the same soft-touch carbon fiber design found with the silver option. Otherwise, everything else is the same between it and its silver XPS brethren. The current XPS 13 (9370) and regular XPS 15 9570 (updated for 2018) do not offer this possibility. The XPS 15 9570 was initially shown to press in black, but Frank Azor, VP General Manager of Alienware, Gaming & XPS at Dell has confirmed multiple times on Twitter that they scraped the choice for unspecified reasons.

Dell has been experimenting with different color schemes over the years first with gold, then rose gold for the XPS 13, then an outstanding white and gold version for this year. The company is interested in expanding color selection for consumers but it is taking a very conservative approach trying to balance demand with costs and production constraints. For instance, the brushed-onyx XPS 15 2-in-1 (9575) is not even advertised as an option on Dell’s site. You must choose the last SKU, which starts at $1,999.99, to even see the selection during configuration. That makes the choice more of a last-minute surprise for consumers. (You can also buy it direct at Best Buy as well).

Regardless of Dell’s quirks if you are up to getting the XPS 15 2-in-1 (9575) with an i7 processor and 4K display you should certainly consider brushed onyx. Dell did out a fantastic job with the design and while you can always put a decal over the silver model this black brushed metal look and feel is the way to go if you want something that bucks the familiar look of Dell’s XPS line.

ANDROID 8.0 OREO UPDATE FOR THE BLACKBERRY KEYONE IS RIGHT AROUND THE CORNER