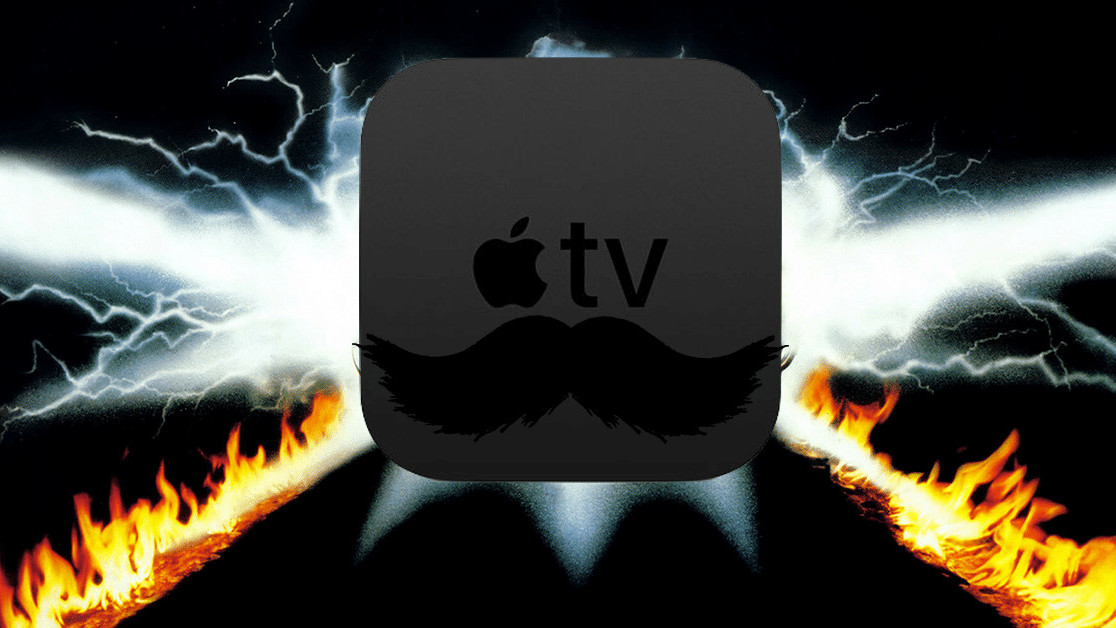 I have a real soft spot for the Apple TV. I’ve used the range for years, and it’s still got pride of place in my home — but I also think it’s one of Apple’s disappointing products.

And that makes me sad.

The recent tvOS 13 update has been a long-awaited push in the right direction for the hardware, yet for this current iteration of the device, I have a feeling it’s too little, too late.

Oh no, you’re going to get all David Copperfield aren’t you?

Now, the first Apple TV I used (which I believe was a second generation device) felt ahead of its time. I remember being in awe of how you could just send a video straight from your iPhone or iPad to the television. Honestly, my friends and I spent hours playing YouTube videos through the big screen. It was magical.

Unfortunately, things have been on a downward trend since then.

Aside from a few small additions (better hardware, new remote, Siri-integration, a 4k model), the Apple TV hasn’t added any features as powerful or interesting as those early days of casting video.

Hell, I wouldn’t even say the Apple TV is even the best at that any longer. These days, the substantially cheaper Chromecast ($35 compared to the Apple TV HD’s $149) is far more efficient at sending phone video to your TV.

In terms of functionality, the purpose of the Apple TV became… muddy. Yes, it works well as media streamer, but you can get way cheaper Android media boxes for that price (like the $70 Roku stick for example). It didn’t really have any features that truly separated it from the market.

In other words, it felt like Apple had a great, ahead-of-its-time thing going, but just kinda ignored the hardware until it lost its competitive advantage.

I feel there’s a tvOS 13-related ‘but’ coming here…

Well, tvOS 13 has included some of the first interesting updates of the Apple TV since… well, ever. Now, I assume this increased focus on the device is down to the launch of the confusingly named Apple TV+, also known as the company’s streaming service.

With this set to be a big focus for the tech giant, it makes sense that’d it turn some attention to one of the primary ways to view the upcoming shows and movies: its video-playing hardware.

Right. So what are the tvOS 13 updates then?

Let’s use the ever-dependable bullet point list to help us get this done quickly:

There are a few other minor updates (like wireless sound syncing and new screensavers), but these are just incremental features — even if they are useful.

What Apple has done here — specifically with Apple Arcade and controllers — is give the Apple TV a point of differentiation: gaming.

In theory, you should be able to play a title on your mobile on the train, then arrive home and pick-up where you left off on the Apple TV. That’s cool. It makes the hardware feel more relevant again, like it can do something none of its competitors can.

But what’s the problem?

Well, it’s the hardware itself.

The Apple TV HD was launched in October 2015, while the 4K version was released in September 2017. That’s old. This means the performance of some Apple Arcade games isn’t really that great. If you’re looking for a great gaming experience, you want something that can handle it.

Or, if you view it another way, we’re looking at hardware that’s effectively coming to the end of its life before there’s a clear reason to buy one. That’s not a particularly appealing thing to say about a product, especially from Apple.

So what would you do differently?

It always surprised me that something like Apple Arcade wasn’t released ages ago, as gaming seemed like an ideal fit for the hardware. But at least we’re there now.

Another thing I would’ve loved to see would’ve been Apple investing more in supporting tvOS developers. If you browse through the app store on the device it’s… uninspiring. Deeply so. While the iPad, iPhone, and even the Apple Watch have apps that seem built for the system, there’s really a lack of exciting software for the Apple TV. Any help the company could’ve given to increase this community would’ve paid dividends.

It’d also be great if Apple could open up the Apple TV to more third-party video services from across the globe, even though I don’t expect this to happen, as it’s got this far with its walled-garden approach to software. You can always dream though.

Then what’s the future?

Basically, I think the time of the current Apple TV devices is over. They’re looking out-of-date and were never really developed to their full potential — which kinda sucks considering I’ve owned mine for almost four years now.

So, yes, tvOS 13 is a step in the right direction, but it has come too late to save the current Apple TV crop — but it’s good news for the next generation Apple TV.

If the company feels the pressure from Apple TV+, keeps updating tvOS, and maybe throws in a hardware surprise or two, the next generation of the Apple TV might end up being the first must-buy version of the hardware in an age. And for that, I’m excited.