WhatsApp: You can now make group calls with up to 32 people
Advertisement 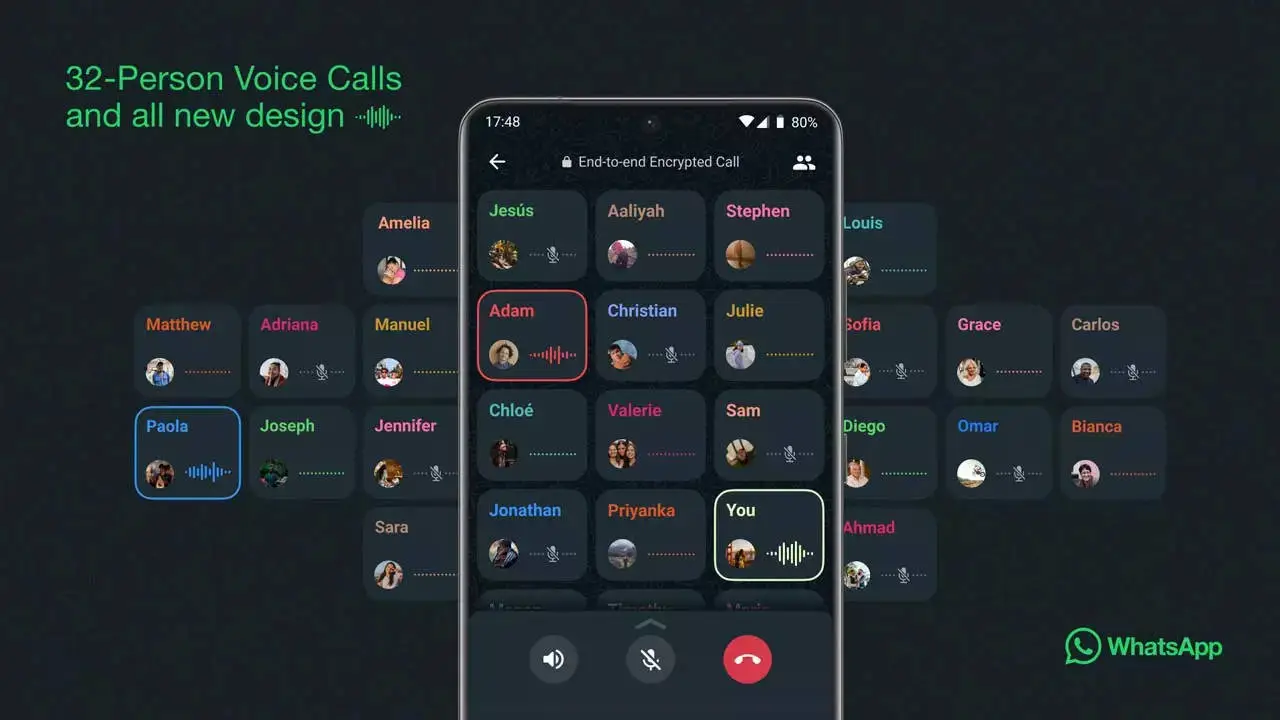 The WhatsApp messaging platform is constantly experimenting with new features, and a few days ago the company shared a bunch of new features that it is working on.

Now, WhatsApp has started to roll out an update to the iOS app that includes support for 32-person calls.

WhatsApp allows users to make group phone calls with multiple people at the same time. Until now, in a group voice conversation you could add up to eight people, but now WhatsApp allows up to 32 participants.

WhatsApp has changed the way call participants are displayed on the screen. Waveform images are used to tag different WhatsApp users.

Although the number of participants for group voice calls has been expanded in WhatsApp, this feature is not available in the desktop client.

WhatsApp is also testing a new polling feature that will only be available in WhatsApp groups. The functionality would allow users to quickly launch polls within the group.

The platform is also known to be testing allowing WhatsApp users to limit their “Last Seen” status to only specific contacts.

Mastodon, a Twitter Alternative, Now Has an Official Android App; Check out the Details!