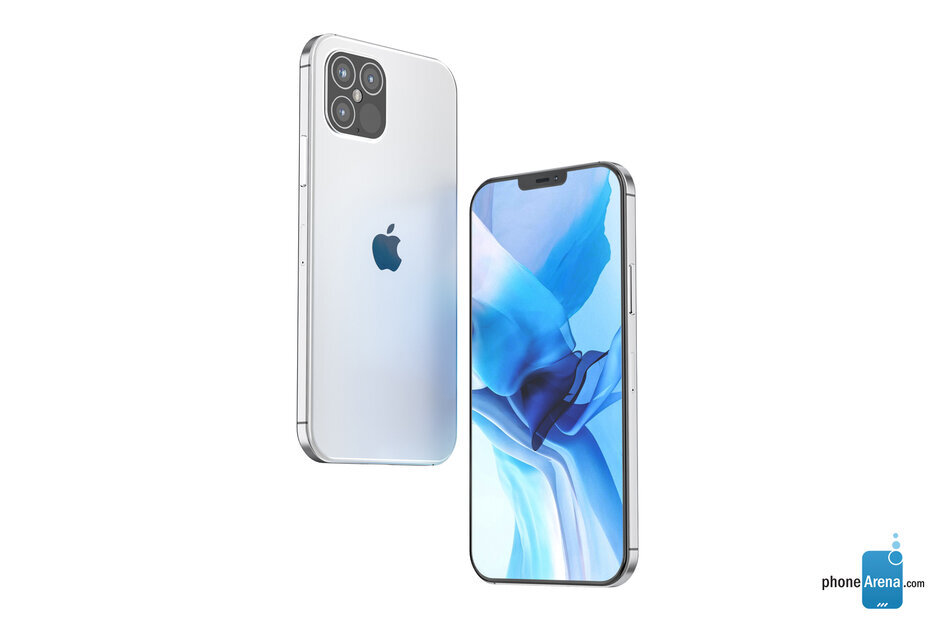 On the first day of this month, we told you that the 6.7-inch Apple iPhone 12 Pro Max and 6.1-inch Apple iPhone 12 Pro were going to be produced starting next month. For those of you who have lost track of time sitting at home and watching Two and a Half Men repeats, that would be July. Digitimes reports today (via MacRumors) that the Engineering Validation and Testing (EVT) for the 2020 5G iPhone 12 models will be completed at the end of this month. That will allow production of the new handsets to begin in July.

While Digitimes says that all four iPhone models will start assembly at the same time and will be unveiled in September, it isn’t clear whether all of them will be released at the same time. In September 2017, Apple unveiled the iPhone 8 series and the iPhone X on the same date but the latter wasn’t launched until November 3rd of that year. The following year, Apple introduced the iPhone XR, iPhone XS, and iPhone XS Max on the same date in September; however, the iPhone XR wasn’t released until October 26, 2018. Last year, all three models were introduced and launched together.

Ming-Chi Kuo, the TF International analyst who seemingly has access to Tim Cook’s brain, has said that the Pro models with support for both sub-6GHz and mmWave 5G signals will be delayed because of antenna-in-package design changes needed for the faster mmWave signals. Kuo says that the standard iPhone 12 models will work with sub-6GHz 5G only. If this is true, the lack of widespread mmWave 5G in the U.S. might give you a reason to put off upgrading your iPhone until 2021’s iPhone 13 family if 5G is your main reason for upgrading. That’s because Verizon, working mainly with mmWave spectrum, will only have 5G in 60 markets by the end of this year in the best-case scenario. While T-Mobile offers nationwide 5G, this is accomplished through the use of its 600MHz low-band airwaves; only a small part of the country is covered by T-Mobile’s mmWave signals. As a result, those in the states purchasing the iPhone 12 Pro models might face limited areas where they will have 5G service regardless of which model they buy and which carrier they use.

The Apple iPhone 12 Pro models will sport three cameras and a LiDar sensor on the back
Renders of the iPhone 12 series reveal a gorgeous new design that gets rid of the rounded sides and replaces them with flat sides reminiscent of the iPhone 5 and iPhone 5s. Apple has reportedly reduced the size of the notch and is expected to deliver four different models: the 5.4-inch iPhone 12, 6.1-inch iPhone 12 Plus, 6.1-inch iPhone 12 Pro, and the 6.7-inch iPhone 12 Pro Max. All four models will use OLED panels with the Pro models featuring a dynamic 120Hz refresh rate. All four models will be powered by the 5nm A14 Bionic chipset containing 15 billion (with a “b”) transistors inside. The Pro models are also expected to sport 6GB of memory as opposed to the 4GB that will be found on the other two variants, and iPhone 12 configurationsq might start at 128GB this year instead of 64GB.
The standard iPhone models are believed to weigh in with Wide and Ultra-wide cameras on the back and include a LiDar sensor. The latter uses time-of-flight to produce more accurate depth measurements for enhanced AR capabilities, improved low-light images, and better portraits. The Pro models will have all of this as well as a telescopic camera equipped with a 3x optical zoom.
Apple hit a home run last year when it increased the size of the batteries powering the iPhone 11 family. We can expect more of the same this year with one rumor calling for the iPhone 12 Pro Max to carry a 4400mAh battery. That would be a solid 10% hike over the 3969mAh battery found inside the iPhone 11 Pro Max.
While Apple will start putting its new 5G 2020 models in the oven next month, the major question that no one knows for sure is when the cookies will be ready to eat. Hock Tan, the CEO of Broadcom, a supplier of iPhone Wi-Fi chips and other components, hinted last week that there will be a delay in the release of the iPhone 12 line. Hock said that there is a “major product cycle delay” at a “large North American mobile phone” customer. And that points to a delay for the launch of the 2020 iPhones.

Elon Musk: ‘SpaceX is building floating, superheavy-class spaceports’ for its Starship rocket to reach the moon, Mars, and fly passengers around Earth