Getting back to celebrating life’s big moments 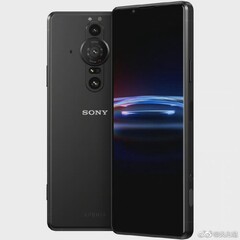 Sony’s Xperia Alpha smartphone expected to launch officially next week has been leaked in full ahead of its launch. If it’s at all possible, the leak is even bigger than the massive camera array on the back of the device, which is quite possibly the biggest to ever find its way onto a smartphone. In short, it seems Sony is sick of being an also-ran in the smartphone camera wars and has brought out its full arms to bare.

Unlike the incredibly expensive Xperia Pro from last year that was marketed as a very expensive professional camera monitor with cellular capabilities, the Xperia Alpha (or Xperia Pro-1 as it could also be called) is on another level altogether. It’s starting point is the Xperia 1 III and clearly it shares a lot of its hardware and design language, but its year camera array is where all the action is at.

According to the source of the leak, the main camera features what likely the most sophisticated variable aperture lens (f2.0 and f4.0) yet seen on a phone. Hidden behind it is a massive 1-inch Sony sensor in the style of what we have previously seen (if not the same Sony sensor) on the Sharp Aquos R6 and sister Leica Leitz Phone 1. This follows in the footsteps of the Xperia 1 III which features the world’s first variable telephoto lens.

As you can see from the rest of the images accompanying the article, Sony has built out a full ecosystem of professional Alpha accessories to help turn the Xperia Alpha into the ultimate vlogging tool. This includes a secondary display, microphone, sock, gimbal and mount. Sony also seems to have developed a new headset for viewing the content shot on the new Xperia Alpha in up to 8K HDR 360 content.

Needless to say, we can’t wait to learn all the details about exactly what this fascinating new device from Sony is fully capable of achieving.