Motorola is preparing a Lite phone for its Edge 30 family, and rumors suggested, it will be called Edge 30 Neo, available in no less than four colors. Today @rquandt took it to Twitter to confirm the name and share an image of the hero paint job Very Peri, matching the Pantone Color of the Year 2022.

The image does not tell us much about the phone, but it confirms the single camera on the front and a dual setup on the back, with the main shooter having a 64MP sensor and OIS. The power keys and the volume rocker are on the right-hand side. 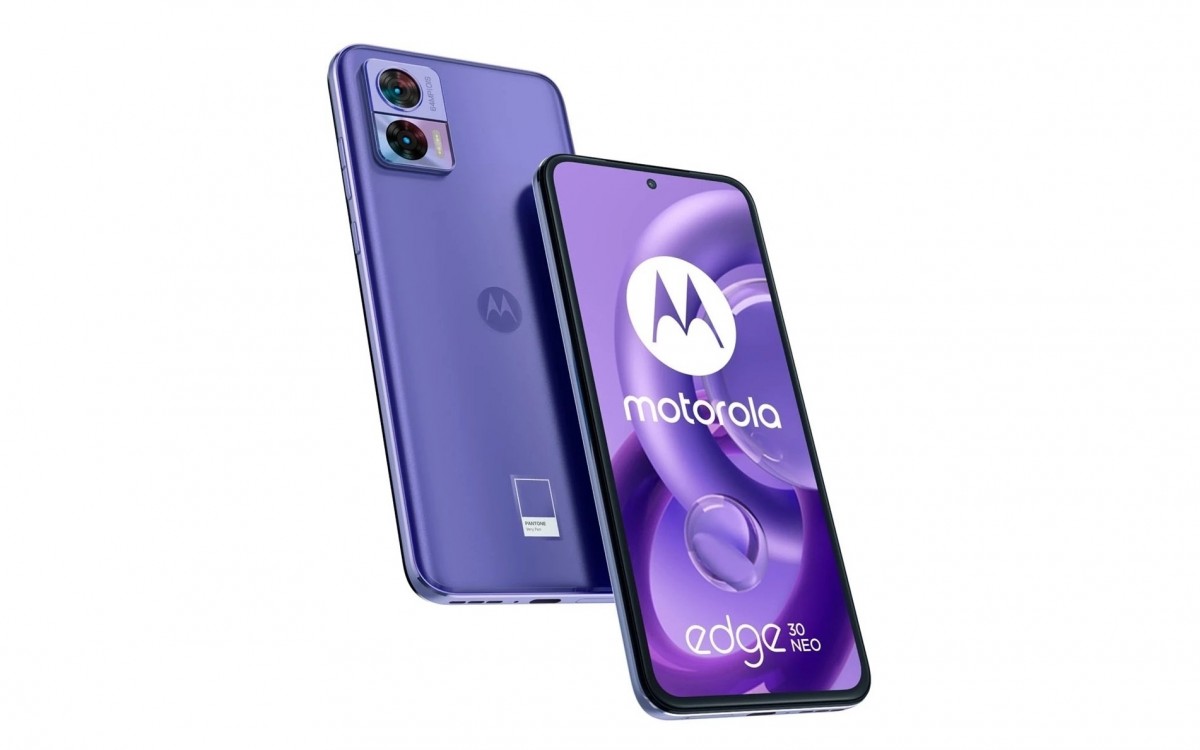 We can safely assume the fingerprint scanner made its way under the panel (that should be OLED), which would be an upgrade, compared with the side-mounted sensor on the Edge 20 Lite. The photo also reveals no 3.5 mm audio jack on the bottom, which might be a disappointment for some, since the 20 Lite had it.