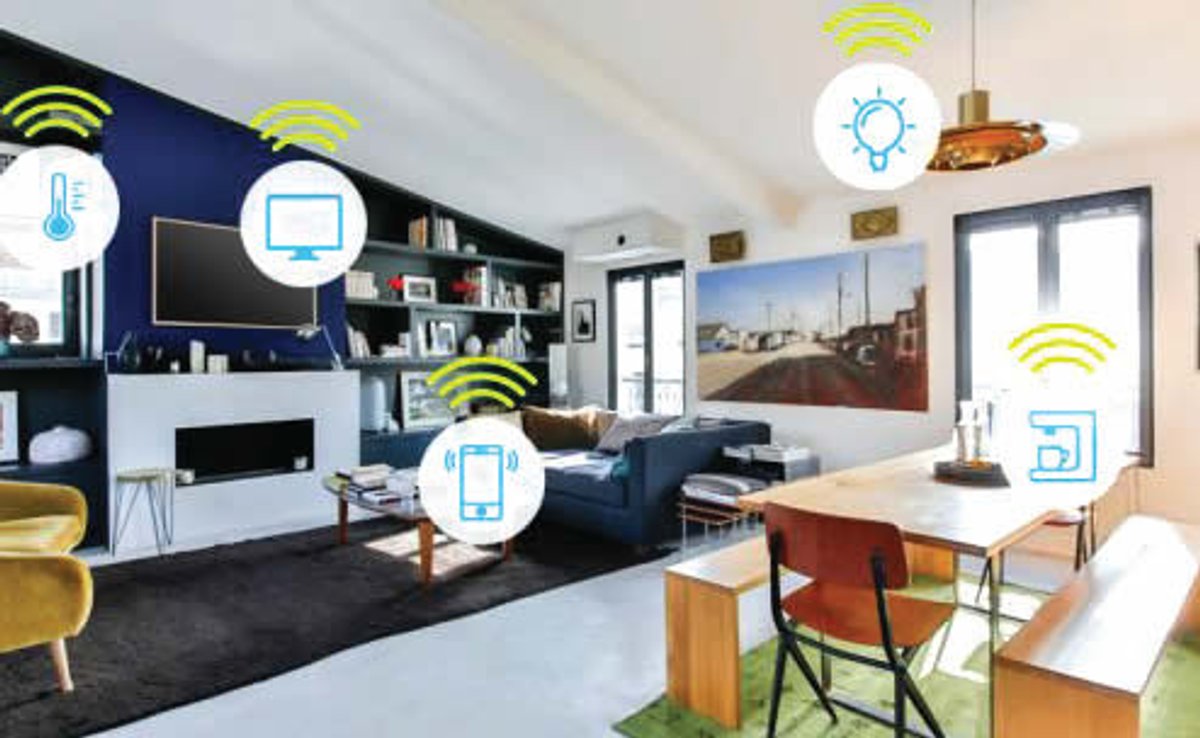 The smart home industry is booming, and everyone is hopping aboard the bandwagon. This trend that was once derided as a gimmick is being vindicated as more and more users realize how useful smart devices can be.

There are a lot of smart devices and gadgets on the market right now, with more coming out every month. It’s easy to feel overwhelmed, so don’t feel too bad if that’s you right now.

According to www.makeuseof.com, the key is to start slow and small. Pick one device that looks interesting, then master it before adding another device to your home. It is a process, and there is no need to rush. You can even think of it as a hobby, if that helps. Stretch your smart home acquisitions out over many years and upgrade as needed.

If every smart device is like an organ in the human body, then a smart hub is like the brain. It doesn’t do anything special on its own, but acts as a central operator that controls what everything else does.

A smart assistant is like a smart hub on steroids. It can do all kinds of stuff on its own, like recording notes or shopping online, in addition to controlling other devices in the network. If you know about Amazon Echo or one of its variants, then you know what a smart assistant can do.

In order for a hub or assistant to control another device, the controller and receiver need to support the same protocol. You can think of a protocol as a kind of language that smart devices use to communicate. Some devices only support one protocol, some support several, but none support all protocols.

As of this writing, no protocol is the industry standard. However, Z-Wave and ZigBee are the two most common, so stick with those two if you want as much versatility as possible. Bluetooth and Wi-Fi support are good to have as well.

But with the growing popularity of smart assistants, smart hubs may become obsolete over the next few years. As such, a safer bet would be to opt for either the Amazon Echo or Google Home. Both devices are currently quite popular with bright futures ahead of them.

To be clear, you don’t need a smart hub or assistant for a smart home. Only a handful of devices require one — many smart devices operate just fine on their own. A hub or assistant simply grants more control, flexibility, and automation, especially if you plan on using multiple devices in tandem.

Smart lighting allows you to control the lights in your home using your smartphone. When choosing smart lighting devices, there are three main types to consider:

As for smart plugs, we recommend staying away. Spend your money on an actual smart device instead. Smart plugs were interesting when they first came out, but have since lost their novelty and don’t offer any unique benefits.

Smart entertainment comes in many forms, but the most common is media streaming. With the right smart entertainment setup, you won’t need cable TV anymore — just stream your favourite shows and movies off the Internet on demand.

The three most popular options are Chromecast, Roku, and Amazon Fire TV.

Smart thermostats are one of the few smart devices that can actually save you money. You’ll pay somewhere between $100 and $300 up front, but potentially shave hundreds of dollars off your energy bill every year. A smart thermostat will easily pay for itself.

Most people don’t know the most energy-efficient way to use the thermostat — and many who do know are too busy or lazy to keep it up all year long. A smart thermostat controls heating, cooling, and fan units to optimise comfort while minimising energy waste.

Some features you will find in smart thermostats:

You will need a bit of basic electrical knowledge to install the device. There is risk of injury if you aren’t careful! Not comfortable dealing with wires? Ask a friend or pay for expert installation.

A smart sensor is a device that detects changes in the environment, then alerts you with a notification (by email, text message, or push notification). Common sensor types include motion sensors, smoke/gas sensors, open/closed sensors, moisture sensors, and even air quality sensors.

While these may sound mundane, they could end up being one of the best smart devices you ever buy, especially if you own a home. Are they worth the cost? Absolutely.

Motion sensors in particular are extremely versatile: if you’re clever about it, motion sensors can greatly improve your life. Open/closed sensors can track when windows are opened (e.g. when your teenager sneaks out at night) or when doors aren’t properly closed.

Moisture sensors can spot leaks long before they cause water damage to property, while air quality sensors can help with allergies, asthma, and other health issues. And most importantly, smart detectors can save your life.

A smart surveillance system is just a fancy way to say “hidden cameras that you can view and control using your smartphone.” Whether you’re at a friend’s house, a restaurant, or taking a road trip, you can pop in on your home at any time from anywhere.

Other useful features that may come with a smart surveillance device include footage recording, cloud storage, facial recognition, motion-based alerts, and night vision.

One more crucial note: Do not use Internet-connected baby monitors! You’d be surprised how easy it is for someone to hack into one of these and spy on your newborn. It’s also a reason to avoid smart assistants around your children. However, other baby-related smart gadgets can be useful, as can digital video monitors that use a dedicated signal instead of Wi-Fi.

Smartphone alternatives to Google and Apple