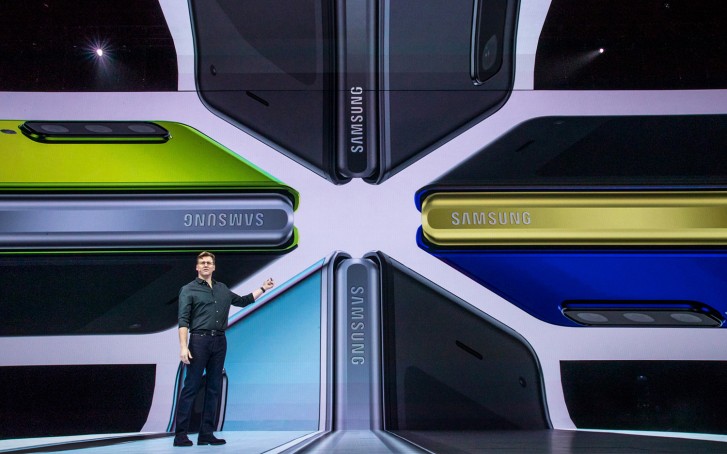 Insiders spoke to Korean publication The Investor, saying that Samsung is planning to release a full range of foldable smartphones, including one that folds outwards (the opposite of the Galaxy Fold). They claim that this model will come out ahead of the Huawei Mate X (which also folds outwards).

These insiders say that production of this outwards-folding phone has already begun, but no launch date has been set. As a reminder, Samsung is yet to commit to a re-launch date for the Galaxy Fold.

The company recently hinted that the redesign of the Fold is almost done and it should hit the market soon. Just not in July “soon”. Note that the Huawei Mate X is set to come out in September, which leaves only one option – launching in August, alongside or soon after the Galaxy Note10.

According to a Huawei official, the company delayed the Mate X so it can work on the 5G connectivity. Samsung is also working on a 5G version of the Galaxy Fold (there’s some doubt if the 4G version of the Fold will be released or if Samsung will offer the 5G model exclusively).

After the Galaxy Fold and the outward-folding phone come out, Samsung will continue expanding the product line with a vertically-folding clamshell phone as as early as 2020.

Other sources claim there’s another model planned, a Note-like foldable phone with an 8″ screen and an S Pen. This one will fold inwards like the original Galaxy Fold (but its screen is slightly larger). It is expected to come out in late this year or early 2020.