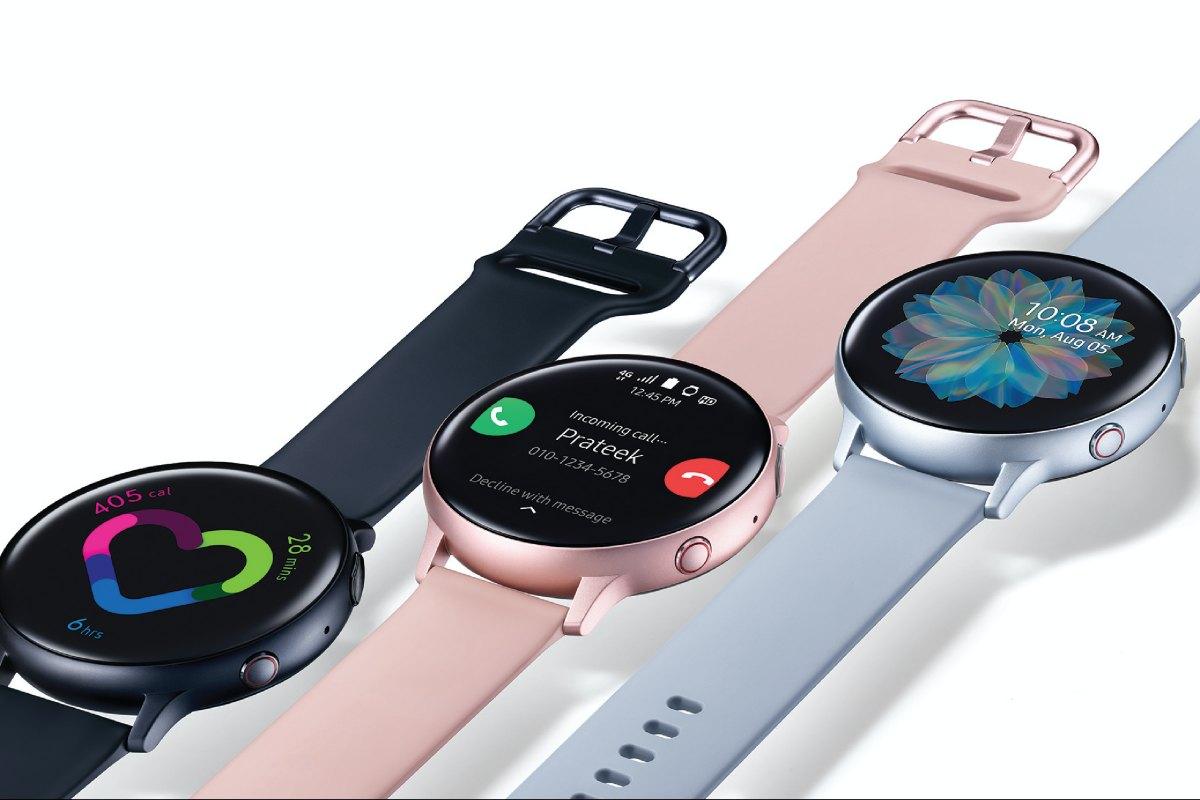 Samsung has just launched its Galaxy Watch Active 2 4G in India. The wearables arrive from the company’s Made in India initiative which had it make a significant investment within the country.

Earlier today (9th July 2020), Samsung launched its aluminum Galaxy Watch Active 2 4G in India. It is the first smartwatch that the company has manufactured in its facility in the region. So, we can expect smartwatches to be sold in India from this facility for the foreseeable future. Notably, the smartwatch had already been launched about 7 months ago.

Under the hood, it has an eSIM that supports local telecom operators like Airtel and Ji. The LTE variant is only available in 44mm and will be sold in Cloud Silver, Aqua Black, and Pink Gold color variants. For those interested, you can pick up the smartwatch in its aluminum finish from 11th July 2020. It will be available through Samsung’s retail network, Samsung Opera House, Samsung.com, and other online retailers for 28,490 INR (roughly 380 US Dollars).

Although, it remains to be seen just how well the smartwatch performs in the market, especially during this time of crisis. Furthermore, with Samsung gearing up for the Galaxy Watch 3‘s launch arriving next month, that might also cut into its own product’s customer base.