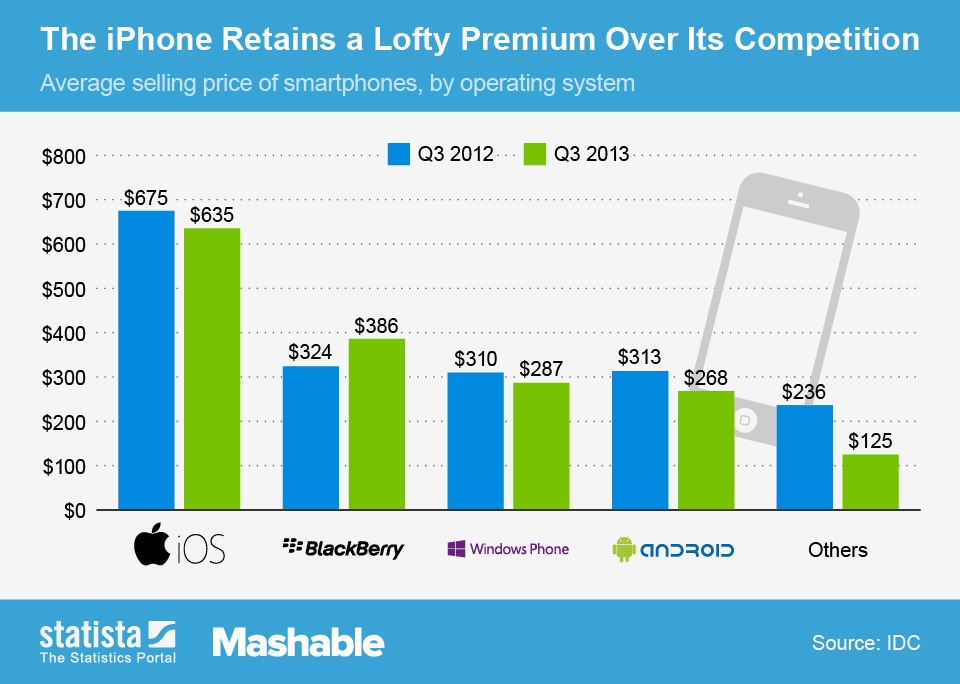 Not all smartphones are created equally, nor do they all sell for similar prices. The average iPhone purchased without a contract sold for $635 in Q3 of 2013, while the average Android sold for $268 in the same quarter.

Statista‘s chart, below, compares the average selling prices of various smartphones by operating system, from iOS to BlackBerry to Windows Phone to Android in Q3 of 2012 and 2013.

Have something to add to this story? Share it in the comments.

ISACA International President: The evolution of the conk on the head