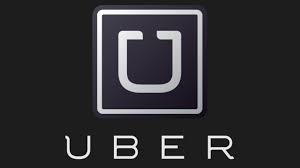 Facebook’s chief operating officer, Sheryl Sandberg, is the perfect person to help Uber through this crisis.

Carson says that Uber’s precedent for this move is Facebook bringing in Sheryl Sandberg, a Google veteran, to be the adult in the room and get Facebook CEO Mark Zuckerberg in shape for a billion-dollar initial public offering in 2012.

Since then, bringing in a professional COO to get things on track when a Silicon Valley tech CEO’s personality becomes a problem for investors who have sunk vast sums into a startup has been called “getting a Sheryl Sandberg.” She was that good at making Facebook the juggernaut we know today.

So Kalanick and his probably very concerned board are looking for their Sandberg. But they may not need to look very far. Sandberg might not be aiming to leave Facebook, but you could argue that if it would mean saving Uber, for the good of Silicon Valley, she should.

Uber is Silicon Valley now, much as Facebook was Silicon Valley in the early 2010s. It was imperative Facebook stage a successful IPO in 2012, and it’s increasingly important for Uber to provide investors with an exit at some point in the future. Kalanick doesn’t want to take the company public, but he won’t be able to keep it private forever — and after Snap’s IPO, the tech sector can again see, as it did with Facebook, that the good-old IPO route can be lucrative.

Beyond how Uber pays off investors, it’s important that the company simply make it through any economic turbulence ahead. Facebook survived the financial crisis, as did Tesla. (It went public in 2010.) Uber is so valuable and has upheld investment enthusiasm in Silicon Valley for so long now that it needs to remain viable.

The company’s and Kalanick’s behavior has threatened that. Sure, Uber had a spectacular rollout of its self-driving technology in Pittsburgh, but it suffered an embarrassing retreat after its lawbreaking debut of the same tech in San Francisco. What’s more, Uber has been accused of fostering a sexist, discriminatory culture, and last week it was revealed that Kalanick had lambasted a driver for complaining about price cuts.

It’s time for this to stop and for Kalanick, at 40, to grow up. Sandberg has already proved that she can guide an immature young man into a leadership role and help create a company with a market cap of nearly $400 billion. She would have her work cut out for her — Zuckerberg was 23 when Facebook went public; Kalanick may be more set in his bad ways.

But then again, Sandberg, who’s 47, wouldn’t take any guff. “Lean In,” Sandberg’s best-selling book about women and their careers, means lean in — it’s as much a philosophy of life as it is a way of advancing women’s ambition.

She’s also quite well off financially. Sandberg was rich when she joined Facebook, and she’s much richer now. This would grant her a crucial level of independence with Uber. As a member of the Disney board, she has also seen one of the most polished CEOs, Bob Iger, in action. (In fact, she was once talked about as an Iger successor.)

OK, so Sandberg joining Uber is sort of a long shot.

Sandberg tragically lost her husband, Dave Goldberg, who died in 2015. She’s among the top female leaders in tech — really, one of the top leaders, period. She has nothing to prove and certainly is entitled to live her life, having already helped to build two of the dominant companies in Silicon Valley.

Facebook and Uber are also very different operations. Google and Facebook at least had certain elements in common, which helped Sandberg maximize her contribution to creating a vibrant advertising business for Zuckerberg. And while Facebook was, early on, dorkily boyish, Uber is toxically fratty. But at a level, a business challenge is a business challenge, and both companies are undergirded by software and computer science. The core issue now for Uber is putting a responsible adult next to Kalanick — so much the better if the adult is an impressive and accomplished woman.

Besides, Uber needs her — and Silicon Valley urgently needs Uber to negotiate its latest crisis without having to take the extreme step of demanding that Kalanick, whose personality is fused with the company for better or worse, step down. It’s about time someone with powerful organizational experience and a hugely successful IPO under her belt made Kalanick get his act together.

Sandberg, who at one time worked for former Treasury Secretary Larry Summers, was once rumored to be interested in entering politics. But that was before Donald Trump won the presidential election and the GOP took over Washington. So Sandberg, whose politics are aligned with Hillary Clinton, has far less of an incentive to do that these days.

The obvious question is: Would she even consider leaving Facebook to rescue some of Silicon Valley’s biggest investors? That would be a tough one for Sandberg to answer. And Zuckerberg would, I’m sure, be dead-set against losing her. But then again, she could also spend a year or so shaping up Uber and then return to Facebook.

Maybe she’s looking for another challenge; maybe she isn’t. But it shouldn’t be hard for Uber to figure out who Kalanick’s Sandberg, in a perfect world, would be.