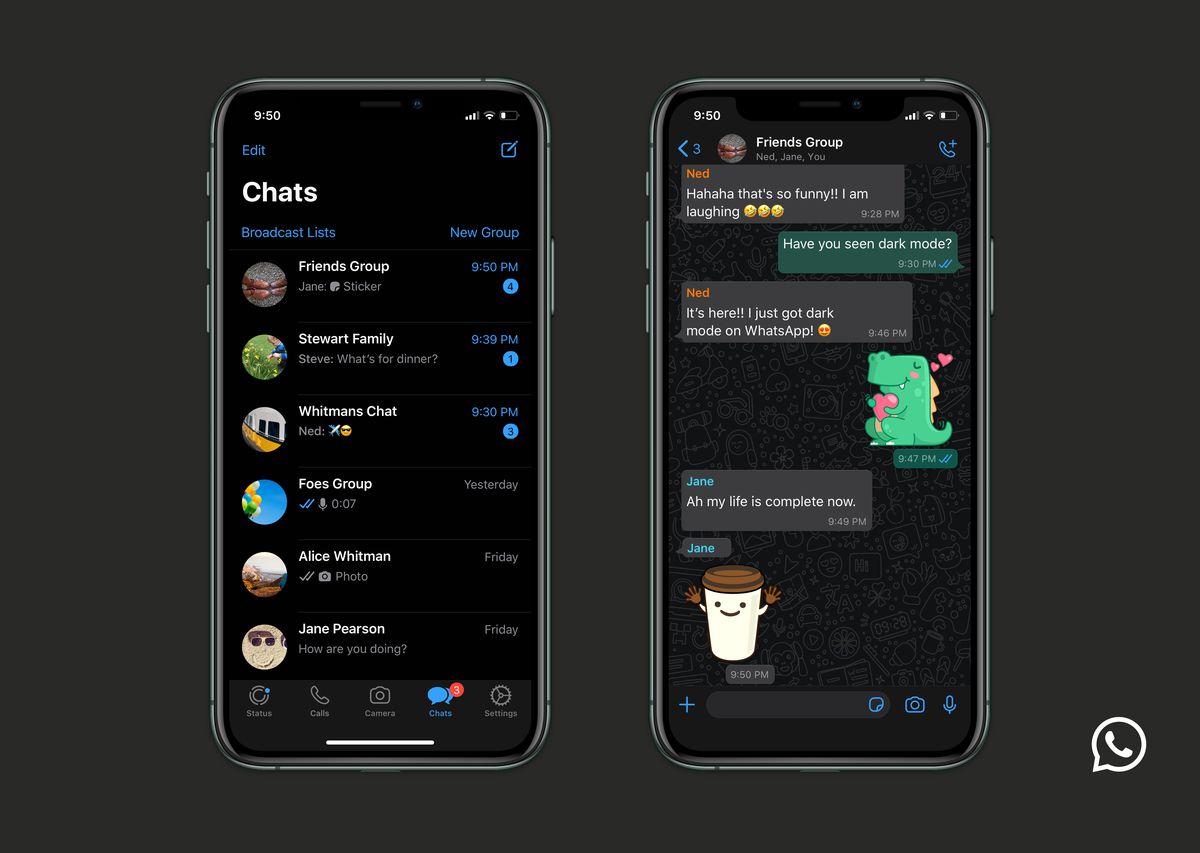 Even though the above doesn’t entirely sound right, it is still how Facebook introduced its new dark mode feature to its over 1 billion WhatsApp users globally.

After months of beta testing on both mobile operating systems, the WhatsApp dark mode is now available for both users. If you already have dark mode enabled at the system level on iOS 13 or Android 10, then WhatsApp will automatically switch over.

If you are still using the Android 9, not to worry, users can simply enable a new dark theme in the WhatsApp settings menu.

Facebook has tweaked its WhatsApp dark mode to ensure it lowers the brightness of a phone display.

“During testing we found that combining pure black and white creates high contrast that can lead to eye fatigue,” explains a WhatsApp spokesperson.

“So instead, you’ll notice a special dark gray background and off-white color that lowers the brightness of the screen, cuts down the glare, and improves contrast and readability.”

The WhatsApp dark theme will be mostly pure black on iOS devices and a darker gray on Android. It’s a long-awaited feature, one that WhatsApp acknowledges in a launch video (above) with lots of people squinting into their phones.

The short video, entitled “Hello Darkness,” includes a previously unreleased version of “The Sound of Silence” by Paul Simon.

Google Earth finally available in browsers other than Chrome