WhatsApp “Martinelli” hoax is back, warning about “Dance of the Pope”
Advertisement 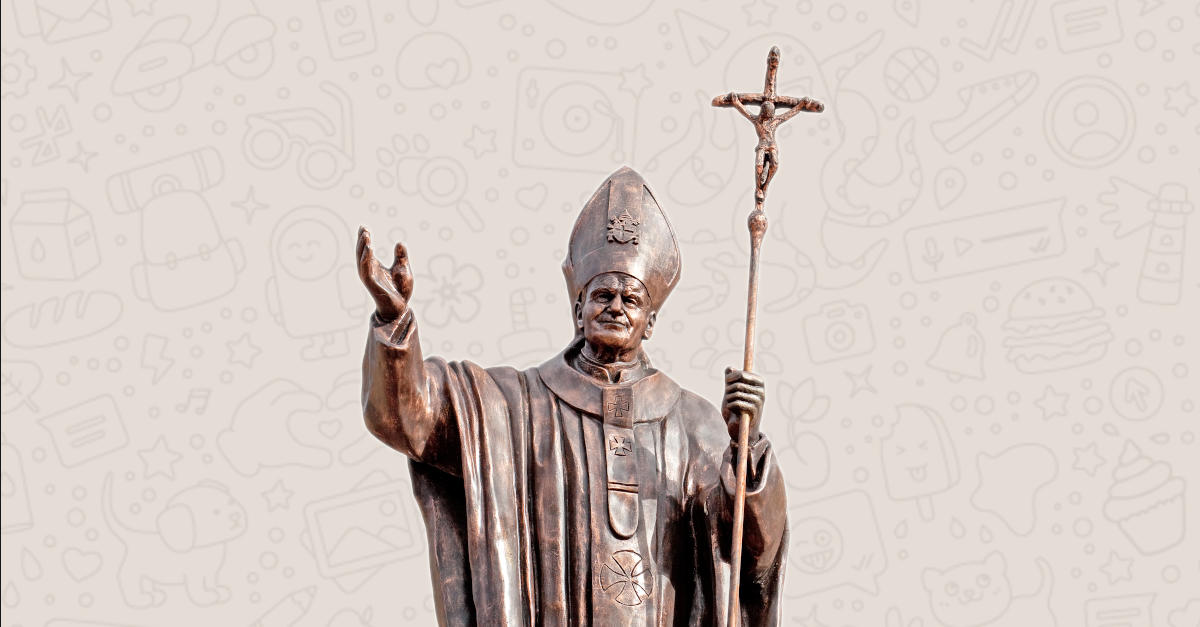 If you follow @NakedSecurity on Twitter, you’ll have noticed that we warned last week about an old WhatsApp hoax that suddenly reappeared.

The bogus news is generally known as the “Martinelli hoax”, because it starts like this:

When we last wrote about “Martinelli”, back in 2018, we noted that the hoax was given a breath of believability because the text above was immediately followed by this:

This part of the hoax has a ring of truth to it.

Back in 2016, hoax-checking site Snopes reported that malware dubbing itself WhatsApp Gold, was doing the rounds.

The fake WhatsApp was promoted by bogus messages that claimed, “Hey Finally Secret WhatsApp golden version has been leaked, This version is used only by big celebrities. Now we can use it too.”

So WhatsApp Gold was actual malware, and the advice to avoid it was valid, so the initiator of the Martinelli hoax used it to give an element of legitimacy to their otherwise fake warning about the video.The world’s best visibility, protection, and response.Start Online Demo

The latest reincarnation of the hoax has kept the text of the original precisely, including the five-fold exclamation points and the weird extra spaces before punctuation marks.

The new hoax even claims that the video first mentioned several years ago still “comes out tomorrow.”

But there’s a new twist this time, with yet another hoax tacked on the end referring to yet another video “that formats your mobile.”

This time, the video is called Dance of the Pope:

Ironically, Snopes suggests that this piece of the hoax – which is basically the same as the Martinelli hoax but with a different video name – is even older than the Martinelli part, dating back to 2015.

Quite why the hoax has reappeared now is not clear, though it may have been triggered by March 2020 news headlines about wunderkind Brazilian footballer Martinelli.

Martinelli currently plays for Arsenal in England, but has been tipped to appear in the Brazilian national squad at just 18 years of age; he’s also been the subject of media speculation that he might get poached from Arsenal by Spanish heavyweights Real Madrid.

Is it even possible?

In theory, playing a deliberately booby-trapped video file on your mobile phone could end up in a malware infection, if your phone has an unpatched bug in its media player software that a crook could exploit.

In practice, however, that sort of bug is very rare these days – and typically gets patched very rapidly and reported very widely.

In other words, if the creator of this warning knew enough about the “bug” to predict that it could infect any mobile phone, and could warn you about this “attack” in a video that isn’t even out yet, it’s highly unlikely that you wouldn’t have heard about the actual bug itself either from the vendor of your phone or from the world’s cybersecurity news media.

Additionally, even if there were a dangerous bug of this sort on your phone and your phone were at risk, it’s unlikely that “nothing would fix it”.

…well, if the videos were supposed to “come out tomorrow” more than four years ago, we think you can ignore them today.