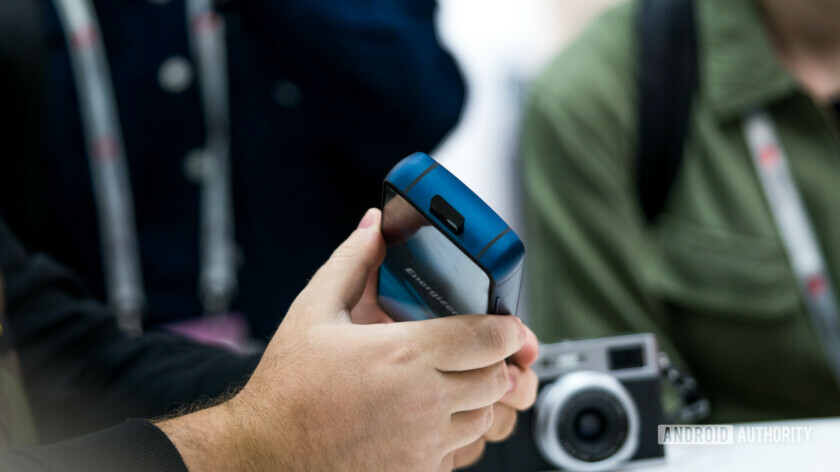 The Energizer P18K Pop was certainly one of the highlights at MWC 2019, differing from other devices by offering a colossal 18,000mAh battery. Now, Energizer brand custodian Avenir Telecom has announced that the phone is available on IndieGogo (h/t: GSMArena).

The company is targeting a $1.2 million goal for the gargantuan smartphone, with a shipping date set for October 2019. This date differs from the initially stated June launch date confirmed to us at MWC.

Avenir Telecom cautions that there are risks during production, such as certification and production delays, and supply chain/mass production problems. The Energizer P18K Pop and the Samsung Galaxy S8.

The Energizer P18K Pop obviously stands out from others thanks to its ridiculously bulky design, housing an 18,000mAh battery. In fact, the phone takes eight to nine hours to fully charge. But the charging time is a small price to pay when you’ve got true multi-day battery life.

Other noteworthy specs include a mid-range MediaTek Helio P70 chipset, 6GB of RAM, 128GB of expandable storage, a side-mounted fingerprint scanner, and a 6.2-inch notchless full HD+ screen. Unfortunately the phone doesn’t have a 3.5mm headphone port — clearly the brand couldn’t find space for the feature.

This absolute unit of a device is also equipped with a pop-up dual-camera housing (16MP+2MP), while a triple camera trio (12MP+5MP+2MP) resides on the back. Intrigued by this phone? Then you can check out the IndieGogo campaign via the button below.

God Of War Wins Game Of The Year At GDC Awards