Android fans reveal all the iOS 13 features they like 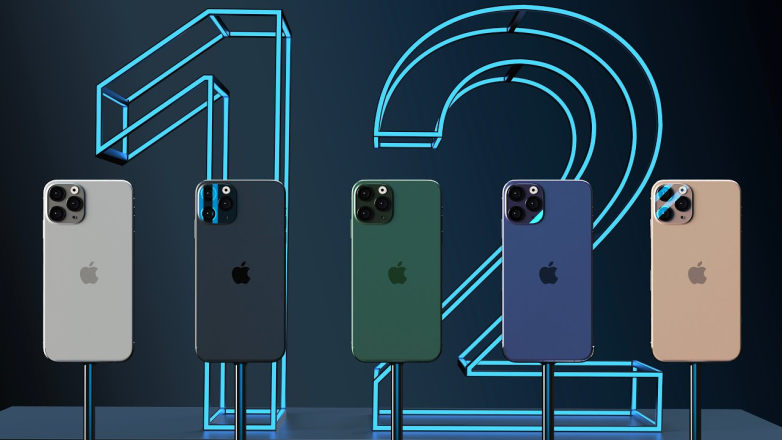 When it comes to Apple’s iPhone 12 release, everything is up in the air right now. The COVID-19 coronavirus pandemic that tore through China is now devastating several parts of Europe, and the outbreak is just beginning to spread across the United States. Things are going to get far worse before they start to get better, and states across the US are finally beginning to force certain businesses to close and ask people to stay home and remain isolated as much as possible. Needless to say, it’s already far too late to “flatten the curve” and we’re likely weeks or even days away from seeing an explosion in reported cases across the country.

Needless to say, the novel coronavirus’s impact on product launches is the least of our worries right now. That said, it’s still a huge deal and it will have a serious negative impact on all of the biggest consumer electronics companies. A number of big product launches planned for 2020 will likely be delayed. On top of that, people across the country will experience financial hardships from not being able to go to work, so fewer people will be able to purchase new gadgets even if they’re not delayed. Apple’s iPhone 12 series is one of the biggest releases that will take place in 2020, though it’s still unclear exactly when the next-generation iPhone models will hit store shelves. In the meantime, one of the new marquee features headed to the iPhone 12 Pro and iPhone 12 Pro Max was just confirmed thanks to a big iOS 14 leak.

Whether or not Apple releases its new iPhone 12 lineup on time this coming September, the company will surely announce the new phones on schedule in early September. Some industry watchers expect the iPhone 12 release to be delayed until sometime in either October or November, while others say the phones will still be released in September but supply will be limited. In truth, no one really knows what will happen at this point, not even Apple. It’s far too soon to know exactly what impact COVID-19 will have on manufacturing in China over the course of the rest of the year.

While Apple’s iPhone 12 release plans might still be a mystery, there isn’t much mystery left surrounding the phones themselves. TF International Securities analyst Ming-Chi Kuo has been leaking iPhone 12 details since late last year, and he has the best track record in the business when it comes to revealing Apple’s plans ahead of schedule.

According to Kuo’s excellent sources, Apple’s new iPhone 12 models will feature a big design overhaul that’s basically a cross between the old iPhone 5 and Apple’s current iPhone 11 lineup. The phone will sport flat metal edges and a more square case, but the front will still feature a notched all-screen design and the back will have Apple’s new square camera array. The phones are also expected to include new features like 5G and upgraded OLED screens with a 120Hz refresh rate, but let’s focus on the new cameras for the time being because a huge new leak just confirmed one of Kuo’s most exciting scoops.

One or more third-party iOS developers recently managed to get their hands on an early version of Apple’s upcoming new mobile software, iOS 14. They have been picking through it bit by bit in an effort to uncover new features coming to Apple’s iPhone and iPad lineups, and they’ve found plenty of juicy morsels so far. Most recently, an unexpected second iPhone 9 version was uncovered within the iOS 14 code. And now, another big leak just hit the web.

According to 9to5Mac’s unnamed developer source, the first-ever reference to Apple’s next-generation iPhone 12 lineup was just discovered within the leaked iOS 14 code. The blog’s source found references to an unreleased mobile device lineup referred to by the codename “d5x,” which makes perfect sense considering the iPhone 11 lineup is referred to in iOS code as “d4x.”

Beyond merely confirming the existence of the upcoming new iPhone 12 series, which isn’t much of a revelation at all, the developer also found references in the code to a new time-of-flight (ToF) sensor that will be added to the triple-lens rear camera on the iPhone 12 Pro and iPhone 12 Pro Max. We’ve known that it was coming ever since Ming-Chi Kuo leaked the info way back in December, but this is the first time the new ToF sensor has been confirmed in actual iOS code.

It’s still unclear exactly what Apple plans to do with the new sensor on its high-end iPhone 12 Pro models, but ToF sensors gather depth data so there’s a very good chance it will involve augmented reality. A new Apple AR app is reportedly in the works, and the new ToF sensor will likely play a big role. We can also likely expect even better Portrait Mode photos and other similar features on the iPhone 12 Pro and iPhone 12 Pro Max. After all, anything involving 3D depth data will be dramatically improved by the addition of the new ToF sensor.