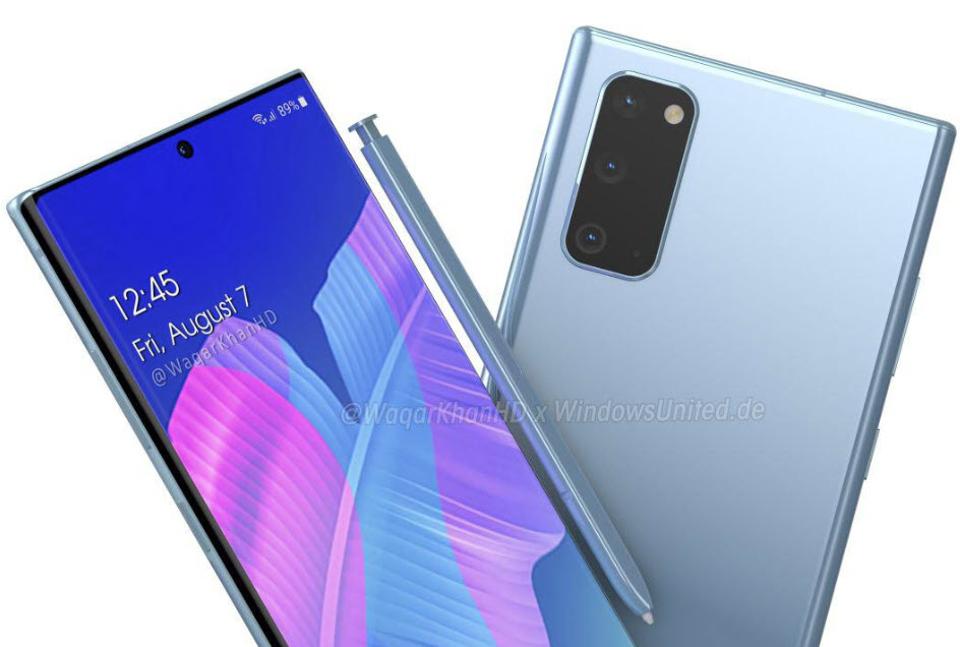 The Galaxy Note 20 will be one of the biggest phone launches to come in the back half of 2020. But while we’ve heard many things about the phone’s specs and features, an enigma we’ve yet to solve is if there is a Galaxy Note 20 Ultra, and if there is, what will it have that makes it unique?

Samsung debuted the ‘Ultra’ suffix with the Galaxy S20 Ultra earlier this year. It’s a big step up from the Galaxy S20 Plus below it, increasing the screen size and adding some much more sophisticated camera tech. However if there is indeed a Note 20 Ultra, it doesn’t look like there will be as big a gap between it and the Note 20 Plus. In fact, the Note 20 Ultra and Note 20 Plus could be the same phone by two different names.

To try and disentangle the rumors, we’ve assembled all the evidence we’ve come across so far to see what we do and don’t know about the Note 20 Ultra.

Since Samsung usually reveals a new Galaxy Note phone every August, we’d expect the same thing to happen again this year, despite the logistical problems posed by the coronavirus pandemic. One leak puts the reveal date as August 5, at an online-only event that will promote the Galaxy Fold 2, Galaxy Watch Active 2 and Samsung Galaxy Tab S7 as well.

While we don’t know any specifics for the Note 20 series’ pricing, we imagine an Ultra version would likely cost somewhere in the $1,200 – $1,400 range, but with the standard Note 20 costing around $1,000 as a slightly more affordable model.

The Note 20 Ultra will likely be the largest Note 20 available, which would mean it could have a 6.9 inch display like the S20 Ultra, except with sharper corners to help differentiate it from Samsung’s other flagship line. The screen will likely have a 120Hz refresh rate like the Galaxy S20 series, and be capable of QHD resolution.

More interestingly, the phone may introduce LTPO to the display. This allows for the phone to alter its refresh rate to any frequency between 1Hz and 120Hz, rather than the current system, which uses 60Hz, 90Hz and 120Hz presets. Changing the frequency on the fly would mean greater power efficiency, which should translate to longer battery life.

We have no specific information about the Note 20 Ultra’s colors. However previous leaks about the Note 20’s colors tell us that we could expect grey, copper, green or black. All of these options sound a lot less striking than the Aura Glow and other color options from last year, but hopefully they’ll also be less prone to fingerprint smudges ruining the look.

The best information we have on the Note 20 Ultra’s cameras is based on what is rumored to be on the Note 20 Plus. Ice Universe on Weibo has revealed the cameras for what they claim will be the Plus model, which consists of a 108MP main camera (as seen on the Galaxy S20 Ultra), a 13MP telephoto camera with a periscope lens for optical zoom of unknown magnification, a 12MP ultra-wide camera and a laser autofocus sensor to assist the other three.

Given that the 108MP camera is on the S20 Ultra, it would make sense if it also appeared on the Ultra version of the Note 20. However, if Ice Universe is correct in saying these specs relate to the Note 20 Plus, then perhaps we can expect some other upgrades to the Ultra, such as a larger telephoto sensor.

The Galaxy Note series uses the same chipset as the Galaxy S series phone that came before it as a rule, and the leaks appear to confirm this. All models of the Note 20 should use a Snapdragon 865 chip, which is not only the most powerful processor you can currently find in an Android, but also gives them 5G connectivity.

There are rumors that Qualcomm is working on a Snapdragon 865 Plus chip, which could offer a higher peak clock speed in the Note 20 Ultra to give it the range-topping power it deserves. And Samsung could decide to reserve this processor just for the Ultra.

There are some caveats to this. In international markets excluding the US, the Note 20 may use Samsung’s own Exynos 990 chipset, which should still offer plenty of power and the same 5G ability.

As for charging, it’s pretty much a given that you’ll get at least 25W fast charging from the Note 20 Ultra. However, since Samsung does offer 45W on the S20 Ultra if you buy a compatible charging block, it would make sense for this to be the same with the Note 20 Ultra. If Samsung were feeling particularly generous, it might even include the 45W charger in the box by default.

Will there be a Galaxy Note 20 Ultra?

This is a surprisingly difficult question to answer right now since there’s been a recent change in the consensus of industry analysts and leakers. In essence, there are two lines of thinking now that news is spreading of the existence of a Note 20 Ultra model – that the Ultra will replace the Note 20 Plus in a two-model series (the other being the basic Note 20), or that it will be a higher-specced version of the Note 20 Plus we’ve already seen, creating a three-tier series like we saw with the S20.

Ross Young, a display analyst, claimed in a tweet that there wouldn’t be a Note 20 Ultra, and that the Galaxy Fold 2 would act as the alternative for customers who really wanted to splurge on a new flagship phone.

However this claim has been challenged by more recent rumors. MySmartPrice has spotted a reference to the Note 20 Ultra within the filings with the Bluetooth SIG, the manufacturer group that makes sure devices comply with the universal Bluetooth standards. These filings contain a separate listing for the Note 20 Plus, which means we could end up seeing a Note 20 range with three models after all.

Adding weight to this is reliable leaker Ice Universe, who has been referring to the Note 20 Ultra in a recent post made on Chinese social network Weibo. However, this post only refers to two Note 20 models, rather than the three MySmartPrice’s findings point to.

Arguably Samsung offered an ‘Ultra’ version of the Galaxy Note 10 last year with the Note 10 Plus 5G. At this point we believe that a Galaxy Note 20 Ultra is coming but our money is on just two models for Samsung’s Note 20 lineup and not three.