Where Is The UX Industry Headed In 2019 & Beyond?
Advertisement 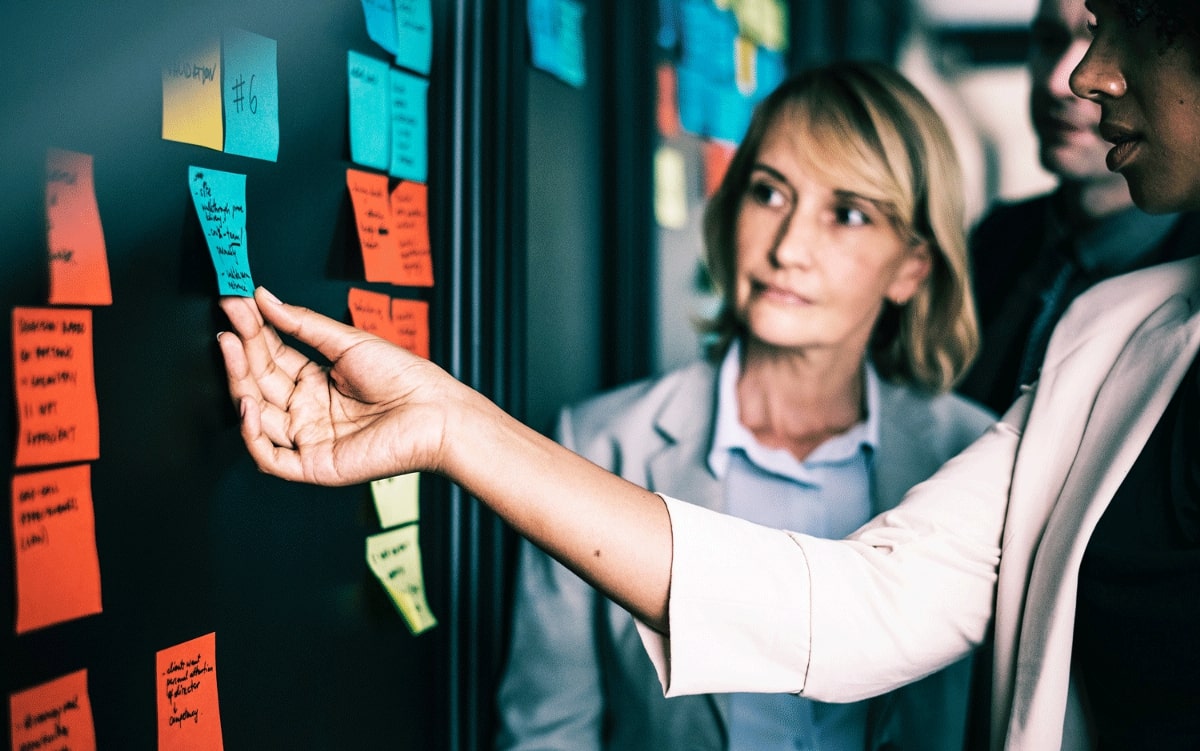 It’s 2019, and UX design has come a long way. Most businesses have cottoned on to the value of good UX, and today’s consumers expect (and accept) nothing less. We’ve even made some progress in clearing up the eternal confusion between UX and UI!

As the field matures, it’s a great time to contemplate where the industry is headed. In this post, we won’t talk about storytelling, AI or the rise of voice. Instead, we’ll explore three major shifts in the way that UX designers are thinking and working in this constantly evolving industry.

So what’s changing the game in UX this year? Let’s take a look.

One truly significant shift we’ll see over the next few years is in how we design for the user. Traditionally, user-centered design has meant identifying and solving a real user problem — designing the most intuitive, enjoyable products imaginable. Ultimately, brands want to create experiences that the customer just can’t get enough of.

Now, this “can’t get enough” mentality is starting to become a huge problem. Surrounded by irresistible apps and digital services that promise to enhance our lives, we’ve lost the ability to switch off. Smartphone addiction is a very real cause for concern in today’s society, and one that brands and designers must actively address.

We are becoming increasingly aware of the dangers of unethical design — from physical inactivity, sleep deprivation and lack of real-world engagement, all the way through to privacy issues, anxiety, and depression.

Up until now, the question has been: “How can we engage our users to the maximum?” In 2019 and beyond, the much more pressing matter for UX designers is: “How can we design user experiences that are healthy?”

How can we design healthy UX?

Google has set out to tackle this very issue with their Digital Wellbeinginitiative, creating “tools and features that help people better understand their tech usage, focus on what matters most, disconnect when needed, and create healthy habits for the whole family.” Users can now schedule breaks on YouTube, set high-priority notifications on Gmail to avoid notification overload, and send their smartphone into Do Not Disturb mode with a single voice command.

While such tools and features are a step in the right direction, they still place the responsibility in the user’s hands. To truly encourage healthy interactions with technology, we need design that is inherently responsible. Simple tweaks, such as Instagram’s “You’re all up to date” message that warns against excessive feed scrolling, can have a huge impact on the user experience. The user shouldn’t need to actively update their settings or activate certain features; in an ideal world, the design will automatically lend itself to healthy, limited consumption.

So, as brands and technology giants face increasing pressure to put the user’s wellbeing first, UX designers will need to redefine the meaning of user-centered design. Calm technology, ethical design, and digital wellbeing will be major industry buzzwords over the next few years as “good UX” becomes synonymous with “healthy UX”.

Back in 2016, Jake Knapp started something of a revolution when he published Sprint — a bestseller that has now become an industry staple. A “five-day process for solving problems and testing new ideas”, the Design Sprint method has been steadily rising in popularity. These days, everyone’s talking about agile product development and lean UX.

With the focus on building a working, testable prototype as quickly as possible, this raises the question of where and how user research fits into the picture. Jonathan Courtney of Design Sprint agency AJ&Smart goes as far as to say that user research is overrated, claiming that Design Sprints have revealed an “expensive waste of time” in the modern design process.

Does this mean that UX research as we know it is dead?

Not quite. While the Design Sprint methodology is gaining traction, the industry isn’t quite ready to do away with UX research altogether. Rather, what we’ll see over the next few years is a new approach to UX research emerging — an approach that fits in much more neatly with short sprint cycles.

As a concept very much in its infancy, there are no hard-and-fast rules or established guidelines for conducting lean UX research. However, we are gradually seeing more and more literature on this very topic. Early adopters of lean user research recommend pre-scheduling ongoing user testing sessions well in advance — and on an ongoing basis; sharing meaningful data with relevant stakeholders as soon as you’ve got it (doing away with lengthy reports), and allowing developers to sit in on usability tests.

Over the coming years, designers will face the challenge of trimming down their research processes while still procuring those all-important insights. UX research in the traditional sense will still hold a critical place in the design process; the trick will lie in knowing when to conduct extensive user research, and when to go lean for optimal results.

The industry has long been debating the validity of UX designer as a job title, and recent years have seen a shift towards more specialist job titles — such as UX researcher, UX writer, and information architect.

Now there’s another job title entering the fray: that of the product designer. In a trend which the experts at UX Collective call “the death and rebirth of UX”, the evolution of UX designers into product designers reflects an integral shift in responsibilities. Indeed, it’s no secret that, as the field matures, UX professionals are expected to understand, and be actively involved in, the overall product strategy and wider business goals. Does this mean, then, that every UX designer is also a product designer?

This is where we start wading into murky waters. The reality is, the term “product designer” is as open to interpretation as the term “UX designer”, and tends to vary from company to company. In 2019 and beyond, designers and businesses alike will seek to define the product designer role and understand exactly how it differs from that of the UX designer.

A quick Google search will bring up several attempts at outlining the differences between product designers and UX designers. Read any of these articles and you’ll soon see that it’s not so clear-cut.

John Carter, a self-proclaimed product designer, sums it up nicely when he says: “There is not one MAJOR outstanding difference between the two! There are a few [small] things that make these two disciplines different. The skills are very similar, but it’s the questions that each person asks along the way that make the distinction.”

Through 2019 and beyond, the landscape of UX job titles will continue to be complex, controversial, and often contradictory. Those bearing the classic UX designer title will ultimately face a fork in the road: To specialize (UX researcher, information architect, interaction designer…) or to strategize (product designer, product manager…)?

Truck carrying $6.6 million worth of Apple goods hijacked by gang