Dell has launch four new gaming monitors to complement its Ryzen-powered line of gaming laptops. There four SKUs in total with screen sizes ranging between 24 and 34 inches. The monitors will be available for purchase towards the end of May 2021.
Genesis Holm 510 RGB gaming desk hands-on: More than just a lot of space and RGB lighting
88% Schenker VIA 14 laptop in review: Lightweight magnesium ultrabook with extremely long battery life
84% Lenovo ThinkBook 14 Gen 2 Tiger Lake review: Office laptop with poor endurance 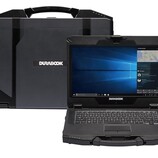 Dell has launched a new range of gaming monitors alongside its Ryzen-powered Alienware m15 and G5 15 gaming laptops. They come in four sizes- 25-inch, 27-inch, 32-inch and 34-inch. Except for the 24-inch model, all other SKUs have a curved form factor. All four Dell gaming monitors offer high refresh rates ranging between 240Hz and 144Hz.

Starting with the top-of-the-line model called the Dell 34 S3422DWG gaming monitor, we get a 34-inch VA panel with WQHD resolution (3440×1440), 144Hz refresh rate, 2ms response time and 90% of the DCI-P3 colour gamut coverage. The Dell S3422DWG is VESA DisplayHDR and AMD FreeSync certified. it also supports variable refresh-rate technology. allowing it to be used with consoles such as the PS5 and Xbox One X. It even provides additional illumination in the form of a downlight.

Moving on to the Dell S2722DGM and Dell S3222DGM gaming monitors, we get 27-inch and 32-inch QHD VA panels, respectively. The former has a curvature of 1500R, and the latter 1800R. They have a 2ms response time and cover 99% of the sRGB gamut. AMD FreeSync is supported on both models, but Vesa DisplayHDR certification is lacking.

Lastly, the Dell 25 S2522HG gaming monitor features a 25-inch FHD (1920×1080) IPS panel clocked at 240Hz. It is compatible with both Nvidia G Sync and FreeSync Premium and supports variable refresh-rate technology. Other features include 1ms response time, 99% sRGB colour gamut coverage, height, pivot, swivel & tilt adjustments and a downlight similar to the one found in the 34-inch variant. Dell says that the Dell 25 S2522HG, 27 S2722DGM, 32 S3222DGM and 34 S3422DWG will be available globally by the end of May 2021. Their prices will be revealed as the launch date approaches.